Smog: a threat to health and the environment

People must understand that it is not only the government’s responsibility to address this issue; all citizens need to play their role in this regard. Several simple changes in the lifestyle of the population of an area can help prevent smog formation

Smog has engulfed Lahore quite early this year which indicates deterioration of air quality. According to the MET office, the smog is likely to continue for many more days till it rains and washes away the dust and smoke hanging in the air. This phenomenon started in Lahore more than a decade ago and has gradually increased to an alarming level.

It has become more acute with the passage of time. This is the second time that it has emerged in the month of October, a month earlier than the previous years. Pakistanis listed as one of the worst places in the world for environmental factors, according to a 2016 report by World Health Organisation. Lahore will soon be considered one of the most polluted cities in Asia. Prolonged exposure to smog — a gray mass of concentrated mixture of chemicals and compounds that settles over Lahore and other mega cities — can harm human health, the environment, and even cause damage to property. People who remain outdoors for prolonged periods are most likely to suffer due to its harmful impact. Children and old people can fall sick because of it. There is a need to take steps to prevent hazards to the health and environment. It is a good omen that the Punjab government has taken notice of it and a committee has been formed in this regard. Though much has been said about the way to protect oneself from smog, like staying indoors, wear a mask, and drinking more liquids, little has been told about the ways and means to control and eliminate it.

People must understand that it is not only the government’s responsibility to address this issue; all citizens need to play their role in this regard. Several simple changes in the lifestyle of the population of an area can help prevent smog formation. The severity of the matter demands that the government and public join hands to handle this issue. Awareness and legalisation are the keys in this regard. Once the public is aware of the hazards of the smog-like situation, everybody will contribute to controlling it for their own sake and for their children. Secondly, the government ought to enact laws to take punitive action against hardened violators.

A few suggestions are given below to play our part in the fight against the smog phenomenon. Firstly, people should reduce unnecessary use of cars and vehicles. They should plan to finish off all errands in a single go instead of going out multiple times. Winter is the ideal weather for walk and cycling. People should be encouraged to adopt these means of travelling for short distances.

Buying local not only cuts down the amount of emissions produced for transporting goods, but it also allows consumers to be aware of the origin point of their fruits and vegetables

People in Lahore are lucky to have the metro buses, as using public transport is a much smarter choice to reduce air pollution. Moreover, carpooling by the employees of same offices, factories and companies, is good for the environment. Vehicle owners should know that cars should be fuelled in the morning or evening to prevent sunlight interacting with the nitrogen dioxide emissions, which can deplete the ozone layer. They should also keep their cars in good condition as it not only improves mileage, but also reduces emissions. People who can afford it should use energy efficient and hybrid cars.

Workshops should be arranged to inform women about Volatile Organic Compounds (VOCs), which cover a large range of chemicals used in household products that are almost always present in indoor air. Such products include nail polish, oil cleaners, paint strippers, air fresheners and insect pest repellents. 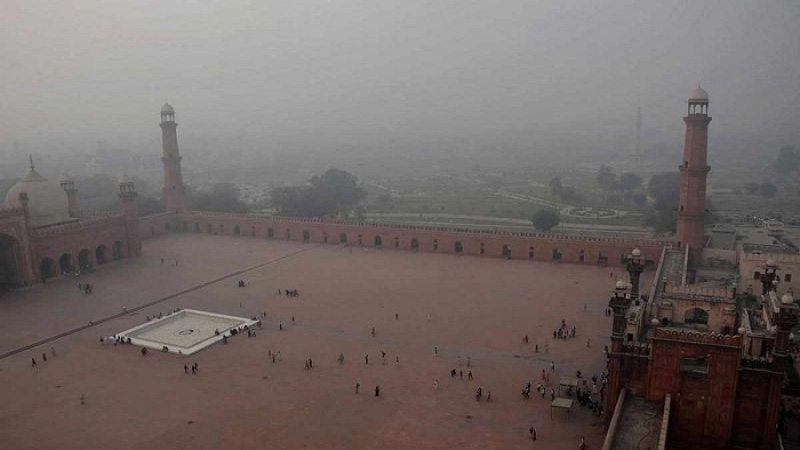 Again, it is imperative for the government and people to plant more trees as they provide nutrients to the air. Even planting a small plant in your garden would make a difference. You can grow your own vegetables even if it means planting a single vegetable in the garden. The Federal Minister for Climate Change Mushahid Hussain recently said in an interview that the government is taking sustained measures to plant trees to control climate deterioration.

Despite an energy shortage, we are usually quite reckless in use of electricity. We must avoid overuse or misuse of lights and electricity. Turing off lights and other electrical devices when not in use is a way of saving energy; we need to replace our bulbs with energy efficient ones.

Another way to reduce smog is to focus on purchasing locally produced foods and services. Buying local not only cuts down the amount of emissions produced for transporting goods, but it also allows consumers to be aware of the origin point of their fruits and vegetables. Farmer’s markets, grocery stores, and other stores should identify which products are produced locally.

One major reason of smog on motorway and in the suburban areas of Lahore is the burning of crop stubble. Burning of crop stubble is responsible for huge smog in Punjab in Pakistan and in India. Crop stubble should be destroyed through other means. Last but not the least the government must enact laws to control activities that create environmental pollution and smog.

It is said that charity begins at home. The fight against air pollution is also charity, which we must start from our homes. This will ensure a successful fight against smog. If we begin countering smog through small steps today, we will be able to control it in the years to come.

The writer is a student at the Lahore School of Economics