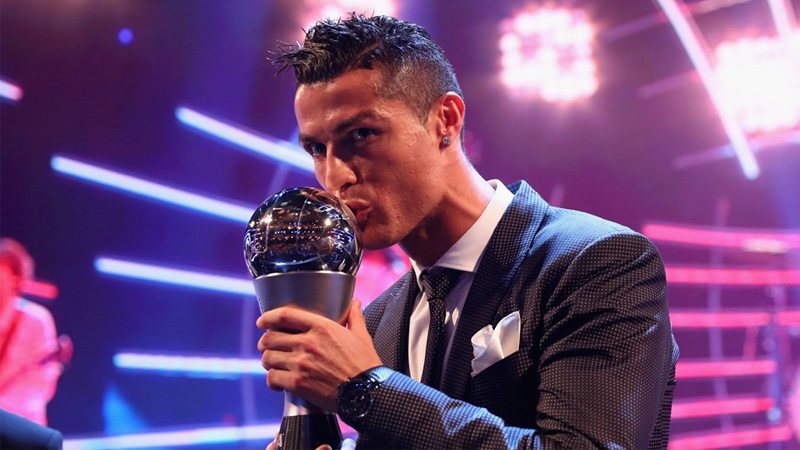 Cristiano Ronaldo was crowned King of the footballing world for the 2016/2017 season meanwhile Lieke Martens was awarded The Best FIFA Women’s Player of the Year award.

Ronaldo scored 55 goals for club and country and went on to assist 14 goals.

Approximately 26,622 players from 71 nations voted for the FIFA FIFPro World XI that consists of a goalkeeper that does not seem to be aging anytime soon, Gianluigi Buffon, The 39-year old Italian shot-stopper helped his club side Juventus win a record sixth consecutive title and the third Italian league title with a game in hand following Juventus’s 3-0 win over Italian side Crotone.

Four defender’s were picked in the lineup that unsurprisingly included Real Madrid and Spanish team captain Sergio Ramos along with marauding left-back Marcelo followed by defender’s from the Italian team that was defeated in the Champions League final in Cardiff on June 3 , Juventus,  Dani Alves who now plays for French club Paris Saint-Germain and Leanardo Bonucci who has switched from the black and white of Juventus to the red and black of ac Milan.

Of the three midfielders that made it into the FIFPro World XI, two belong to the same Real Madrid side that lifted the Champions League Trophy for the 2016/17 season, German Maestro Toni Kroos and  Croatian international Luka Modric alongside the Spanish magician Andreas Iniesta whose side FC Barcelona could only make it to the quarter finals of the showcase European event.

The front three came as no surprise, with the now permanent reservation of attacking positions by Cristiano Ronaldo and Argentinean Lionel Messi followed by a future ‘Best Fifa men’s player’ recipient and world record buy for PSG,  Neymar Jr.

Cristiano Ronaldo thanked everyone who had a part to play in a tweet he posted later on:

Amazing feeling to have won this award again. Want to dedicate to my family, my friends, my teammates and coaches from both Real Madrid and Portuguese NT and everyone who supported me. pic.twitter.com/umpYMo1JZg

The Best FIFA Women’s Player of the Year award 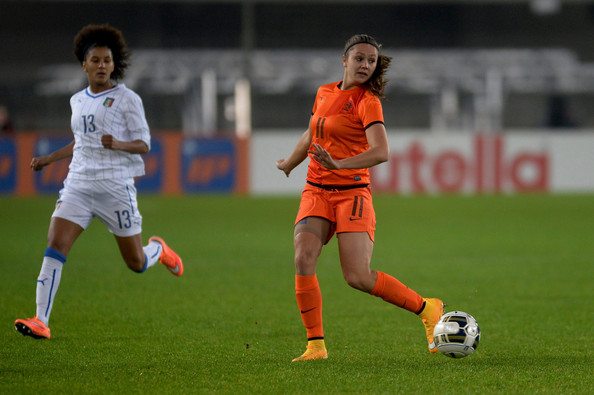 24-year old Martens was clinical for the Netherlands football team in the European Championship that the dutch hosted during the summer.

The Best FIFA Women’s Coach of the Year award:

Sarina Wiegman grabbed the award for Best Women’s Coach after leading her Dutch side to the Euro 2017 title on home soil, showcasing amazing attacking football.

Olivier Giroud won Fifa’s award for the most spectacular goal for the 2016/17 season after he scored for London side Arsenal against Crystal Palace on New Year’s Day in a English Premier League match.

The Frenchmen scored via a brilliant ‘scorpion kick volley’ after flicking team mate Alexis Sanchez’s cross from behind his body above his shoulder and into the goal with some help from crossbar.

Francis Kone, a Togolese player was awarded with the Fifa Fair Play Award for performing a life-saving procedure on the opposition team Bohemian 1905’s goalkeeper Martin Berkovec in between a Czech League game back in Febuary. 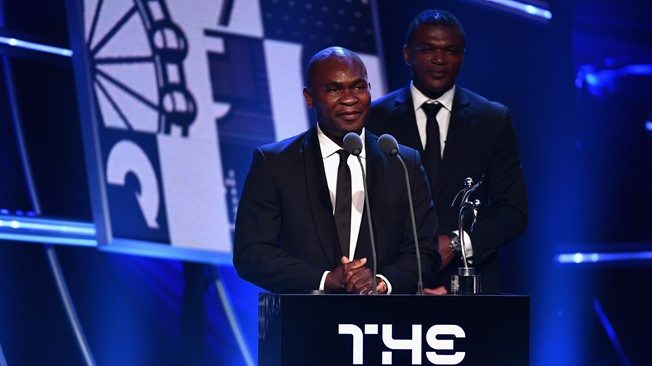 Berkovec had been knocked unconscious after he collided with a fellow teammate during the Czech First League, Kone says he could not bear the sight of another human being suffering so the first thing he did was administer first-aid treatment to the opposition goalie, he also claims to have provided first-aid treatment to three other people in his playing career, once in Thailand and twice in Africa.

His efforts were lauded all across the world by fans and teams alike.

Best Fans in the football world:

Celtic fans picked up the second Fan Award, thanks to their stunning 360-degree card tribute to the ‘Lisbon Lions’.