RAWALPINDI/KARACHI: A Pakistan Muslim League – Nawaz (PML-N) social media activist has been arrested by Federal Investigation Agency (FIA) from Rawalpindi while one other has been named in an FIR along with him. Meanwhile, two female workers (sisters) from PML-N social media team’s Karachi wing were allegedly ‘harassed’ by the FIA.

According to details, Anwar Adil Tanoli was arrested from Rawalpindi on Thursday (October 19) for allegedly posting ‘objectionable and disgraceful material’ against Supreme Court (SC) judges, army and the government. The first information report against Anwar Adil Tanoli maintains that he had been ‘illegally, unauthorizedly, dishonestly with malafide intention and ulterior motives uploaded, disseminate defamatory/objectionable and disgraceful material against the Honourable Judges of the Supreme Court, Armed Forces of Pakistan, Government of Pakistan etc’.

Another activist, Wajid Rasul Malik, has also been named in the FIR. Social media reports suggested that he too was arrested by FIA along with Tanoli but it has been learned that he’s currently not in Pakistan and never got arrested. 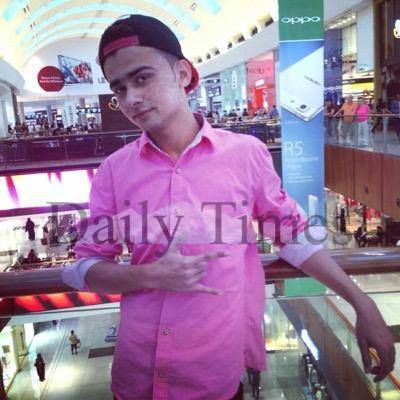 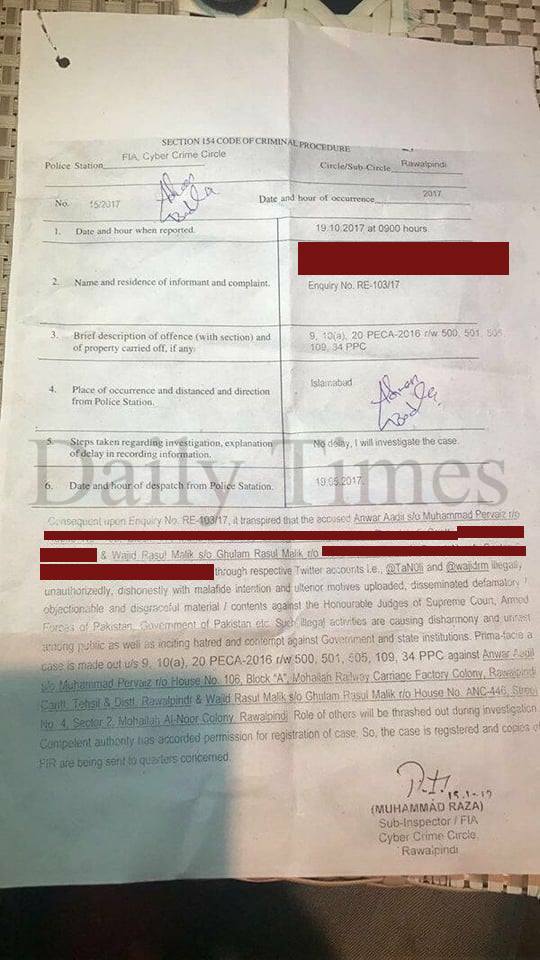 Two days ahead of the arrests made in Rawalpindi, two female workers, also sisters, of the ruling PLML-N were allegedly harassed by the FIA officials.

Aniha Aham Chaudhry, the elder of the two, claimed in a letter to Interior Minister Chaudhry Ahsan Iqbal that around 20- to 25-member team of FIA stormed into her house on October 17 and after seizing the laptops and mobile phones from all the members of the family, started searching the house and kept on searching for a long time. 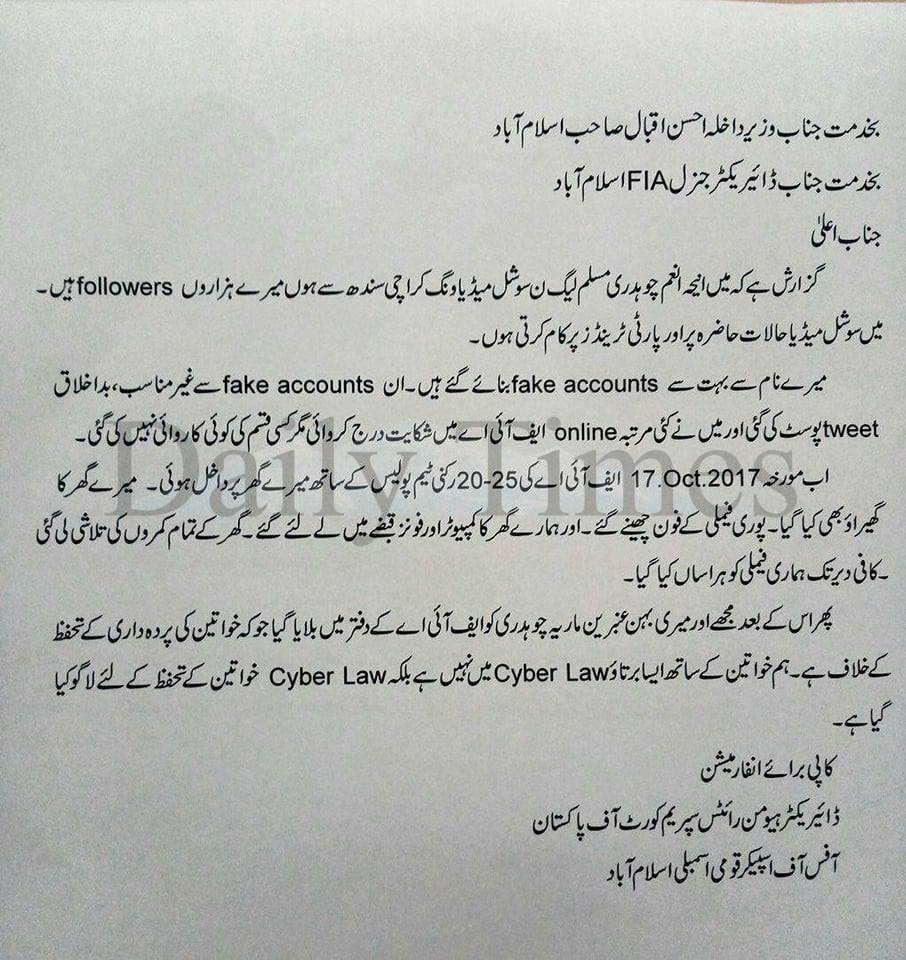 The letter claims that her family was ‘harassed’ and then the two sisters, Aniha Anam Chaudhry and Ambreen Maria Chaudhry, were called to the FIA office, ‘in violation’ of the ethics. Chaudhry further stated that such behaviour with the women was unwarranted under the Cyber Law which was originally made for the protection of the women. 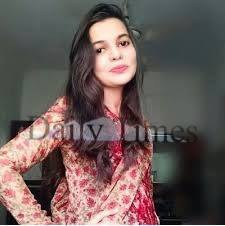 Copies of the letter have also been dispatched to Supreme Court of Pakistan’s Director for Human Rights and Office of the Speaker of National Assembly.

Former Prime Minister and PML-N president Nawaz Sharif has condemned the arrests and termed them as an ‘attack on the freedom of speech’. He said that it was the right of every Pakistani to disagree with any idea that he deemed incorrect under Pakistani law.

It is pertinent to mention here that this is not the first time that PML-N workers have been arrested or detained by the FIA. Earlier this year, several workers, including Faisal Ranjha and Umair Tallat from Gujranwala had been called to FIA office and their mobile phones and laptops had been seized. This scribe has learned that the devices have not yet been returned to their owners.

Last month, Nawaz Sharif and his daughter Maryam Nawaz had claimed that three PML-N party activists had been illegally abducted ahead of the NA-120 by-elections in Lahore.