Mansoor Alam, a distinguished diplomat and a noble human being 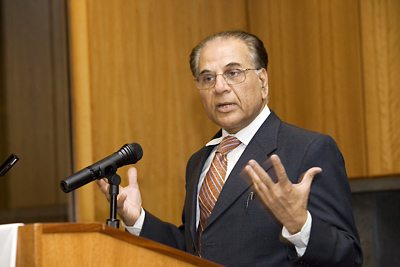 Earlier this week, Pakistan lost a distinguished member of its Foreign Service, who represented his country with great skill and devotion, for well over three and a half decades, while undergoing treatment in London.

But Mansoor Alam was much more than a representative of the country’s diplomatic service. After having been a well-known student activist and a practising Karachi-based lawyer, he actively participated in promoting a democratic and liberal polity in the country. On joining the diplomatic service, he endeavoured to bring into the profession an enquiring mind, a keen intellect and a remarkable ability to detach himself from his own biases and his country’s historic hang-ups, to be able to look objectively and with a healthy detachment, at the viewpoint of his interlocutors. This enabled him to win the respect of his interlocutors, he served and whoever he happened to interact with.

A kind and compassionate person, who possessed a warm and friendly personality, he always had a smile on his face and a twinkle in his eyes, that earned him the respect of his superiors, the admiration of his subordinates and the affection of his colleagues and friends. He was thus an indispensable member of the team, whether in the Ministry or in our Diplomatic Missions.

Over a long and distinguished career, Mansoor had the honour of serving in some of our most important diplomatic missions, including in Washington, London, while he headed our Missions in Abu Dhabi, Cairo and Moscow, among others. Where ever he was assigned, he performed with elegance and aplomb, coupled with a seriousness of purpose and a commitment to promoting the country’s policies and priorities, with unwavering honesty and sincerity.

In his initiatives and efforts, Mansoor had the good fortune of having a lady of great style and sophistication, Zahra, by his side. She complemented her husband in a manner that enabled both to attain far greater heights together than they would have done individually. They were a much sought-after couple, admired for their hospitality and charm.

But Mansoor did not rest on his laurels, post-retirement, opting to enter the realm of voluntary social work, joining hands with family members and friends to establish many informal schools and medical centers in the suburbs of Islamabad and Karachi, to ensure that the less privileged sections of society were not denied essential medical care, as well as the opportunity of joining the ranks of the gainfully employed, while also becoming informed and responsible citizens

Mansoor’s passing away is not only a grievous loss to his family members but a huge setback to the goal of empowering the poor and disfranchised of this country. May his soul rest in peace!

The writer is a former ambassador who also served as the Special Assistant on Foreign Affairs to the former Prime Minister.