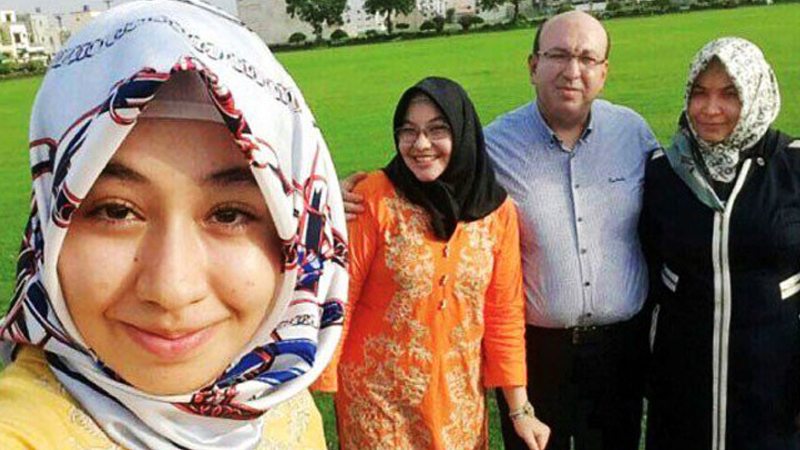 ISLAMABAD: Amid fears and signs of forcible deportation, the United Nations High Commissioner for Refugee (UNHCR) on Sunday extended the asylum-seeking status of stranded Turkish teachers of Pak-Turk Schools in Pakistan, barring any authority from repatriating them in any danger zone.

The UNHCR extended the ongoing status of refugee and asylum registration process of these Turkish teachers till October 11, 2018.

Earlier, the refugee status of thee teachers and families was valid till November 27, 2017.

Sources close to the UNHCR told Daily Times that its Pakistan office had separately issued renewed certificates to every stranded Turkish schoolteacher. The certificates state that these teachers and their families are asylum-seekers registered with the office of the UNHCR.

“He and his family are person(s) of concern for the UNHCR and should, in particular, be protected from forcible return to a country where he claims to face threats to his life or freedom,” a copy of a certificate issued to a teacher read.

The renewed letter, with validity date till October 11, 2018 read: “(any) questions regarding the information contained in this document may be directed to the office of the UNHCR.”

The renewal of the UNHCR protection to these teachers came after recently-developed murky situation created with the abduction of former director of Pak-Turk Schools Kacmaz Mesut.

Some plain-clothed abducted him, his wife and two teenaged daughters from his house in Wapda Town, Lahore on September 27.

It is presumed in the courts that security personnel might be behind the abduction to forcibly deport Mesut and his family to Turkey, where they will be politically victimised and imprisoned.

Lahore Police refused to lodge the compliant of the victim family despite repeated efforts.

On October 4, some men in plainclothes also took away Zekeriya Ener Özahin, another former director of a Pak-Turk school in Islamabad. He was dropped back near his house after four hours’ interrogation. The abductors claimed they were from a security agency. These teachers have been residing in Pakistan for more than 10 years without any criminal charges against them.

Earlier, the UNHCR, issued letters to these teachers on November 25, 2016, with validity till November 27, 2017. These teachers, along with their families, sought refugee status in the country through in late 2016 after having no other option to survive amid pressure of Pakistani government to leave the country with expired visas.

They were asked by the government to leave the country last November on the demand of Turkish President Recep Tayyip Erdogan in mid-November 2017.

The Turkish president believes Islamic scholar Fethullah Gulen and his movement plotted the July 2016 coup-attempt against his regime. The Pak-Turk School System is said to have been started by Gulen’s supporters — the reason why this is one of Erdogan’s targets, despite its management having repeatedly denied links to the movement or the coup-attempt.

On October 5, Foreign Minister Khawaja Muhammad Asif, in a question-answer in United States Institute (USPI) in America, indicted that Pakistan wanted to deport them.

Khawaja Asif, contradictory to the UNHCR certificate validity, claimed that the visas of Turkish teaching staff of Pak-Turk Schools were expired and their UNHCR asylum seeking certificate and court orders to protect them had expired on September 30 so now Pakistan wanted to deport them without any concern to the political question that what happens to them in their home-country.

“The UNHCR had given them permission or umbrella or refuge till September 30, 2017. That date expired. There were some injunctions from the courts for not deporting them those injunctions also expired,” Asif said. “There are still more than 200 Turks teachers (and their families) living in Pakistan, but most of them are due for repatriation because of their overstay in Pakistan. They don’t have any jobs. Their job-visas are finished. So, their stay is illegal. We are doing whatever is done in the rest of the world also. In United states of America and in Turkey or Europe or elsewhere in the world when visa duration expires you are deported to your home country.”

“What happens to them in their home country, in my opinion, is a political question to be answered not by me. I am giving only the details that what has actually happened over the last one year,” Asif concluded.

Moreover, during a very recent visit to America, Interior Minister Ahsan Iqbal also stated: “The Turkish government wants these teachers because as they (allegedly) are involved in political activities against present Turkish regime, which Pakistan cannot allow them.” He also avoided clear answer to the recent abductions of Turkish teachers in Lahore saying “family might be hiding somewhere herself.”

On September 28, the Lahore High Court stopped the government from repatriating Kacmaz and his family and sought a reply from the Interior Ministry. On October 2, the LHC restrained the federal government from deporting another Turkish family associated with Pak-Turk Schools. The orders were given on a writ petition by Murat Ervan that his colleagues had been allegedly abducted by law-enforcement agencies and likely to be deported. Moreover, on October 3, the Sindh High Court (SHC) also restrained the federal authorities concerned from deporting former employees of the Pak-Turk International Schools.

The current situation has caused fear and panic in Turkish teachers and their families. They, in the courts, said they have not committed any crime in Pakistan and have served this country positively for the last 20 years and their deportation demand was based on political grounds in Turkey and if they were deported, their lives would be in danger. They urged the Pakistani government to consider the issue on human grounds and help them positively to stay here are move to other countries by giving them visa and proper rather than deporting them to their homeland. They also demanded safe recovery of abducted Kacmaz family and peaceful right-to-live for the affected teachers and families in Pakistan.

Currently, there are 78 Turkish teachers of Pak-Turk Schools, with their families, are living under the UNHCR shelter in Pakistan. In total, they are 275 individuals including 125 and nearly 70 women.