A visit to the shrine of Sultan Bahu in Jhang

Love, mysticism and impetus to knowledge are the ingredients Jhang is made of.

Here Ranjha and Heer mark the axis of love, Abdus Salam exemplifies the passion for learning and Sultan Bahu is the dominant symbol of actualisation of divine truth.

I had an old desire to visit the shrine of this Sufi poet of the 17th century in Garh Maharaja town about 80km from Jhang. I took a rickshaw for the Ayoub Chowk. This is a fairly busy junction of various intercity roads connecting to Jhang and some main bus stands are also located there.

At this place, after inquiring from various hawkers and passengers, I was able to locate that minibus bound to “Garh More”. I was told the bus would drop me in the outskirts of Garh Maharaja and from there I would ride a Qingqi for Sultan Bahu shrine.

I was the second passenger of that minibus and the third turned up about 15 minutes after me, so the minibus of 22 passengers took over two hours to be filled. Finally, our travel began with melodious folk songs of Talib Hussain Dard, a famous folk singer from Jhang, who is known as the king of Jog, a form of classical folk music of Jhang accent.

Our minibus was running on Jhang Bakhar road. As roads are in good condition in this part of Southern Punjab, I was expecting to reach Garh More in one or one and a half hour, but I had not seen those sugar cane laden tractor-trolleys yet.

It was over two and a half hours, I had remained packed in this mini bus, and my bus was clogged in a mess of sugar cane loaded trolleys. It was irritable but luckily our driver took tough decision to take the vehicle off road and bypass the traffic jam as long as possible. It worked and we were able to cover a lot of time loss. 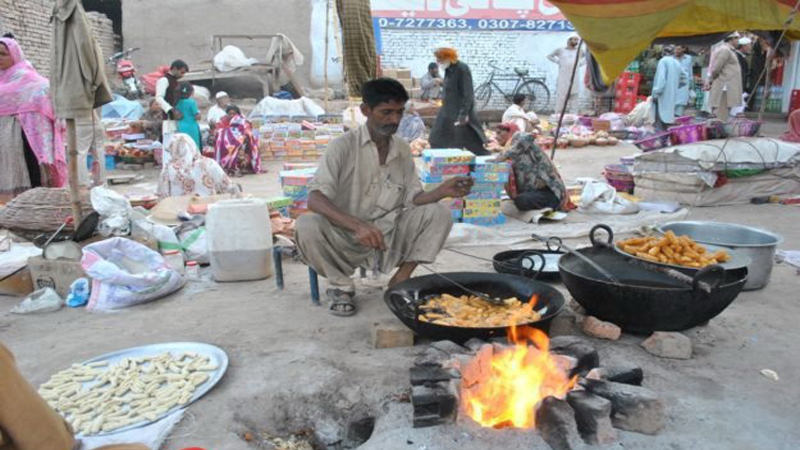 At this road, we passed through famous villages of Rodu Sultan and Hasoo Balel. Rodu Sultan is famous for its traditional fair and camel market.

It was late afternoon when we reached Gar More, Darbar Hazrat Sultan Bahu was 4km from there and I was looking for a Qingqi. It took a while but I found it and our journey started, first on Muzaffar Garh road and then on a single track after turning left from the main. 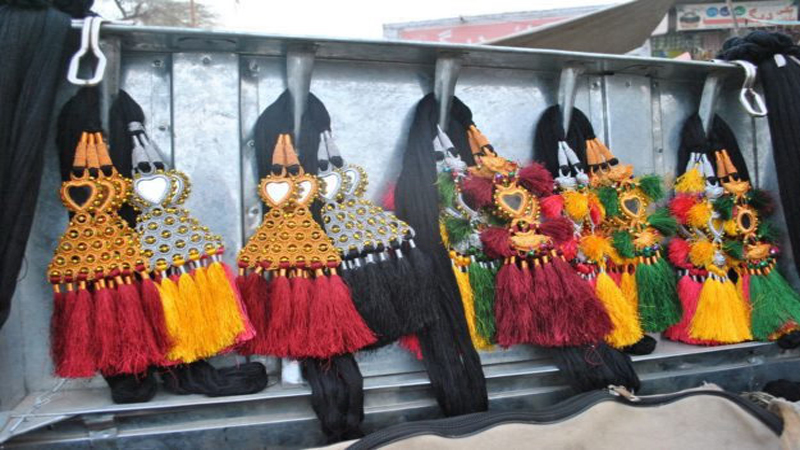 Colourful paraandas are an icon of Southern Punjab culture

There were widespread lush green fields along the track and no habitation, then a small locality came and my Qingqi driver informed: “that’s Sultan Bahu”. As we approached a bit close some more indications of the shrine appeared including a large number of buses and wagons parked beside the shrine.

I had arrived at the Urs, by chance. The annual Urs festival commemorating the death anniversary of the saint is celebrated there on first Thursday of Jumada al-Thani, the sixth month of the Islamic calendar.

The Urs has its own fervour but I noticed some restrictions in place. In fact, a series of recent terrorist attacks including the brutal attack on the shrine of Qalandar Lal Shahbaz in Sehwan Sharif, Sindh on 16 February has forced to beef up the security at major Sufi shrines. After a thorough rummage and with clear instruction of not to photograph in the tomb premises, I was allowed to enter the compound where hundreds of men and women have queued to enter the shrine. I was at the end of a line just a moment ago and now some dozens have followed me. It would take quite some time to reach there at the entry point of the shrine, I reckoned. 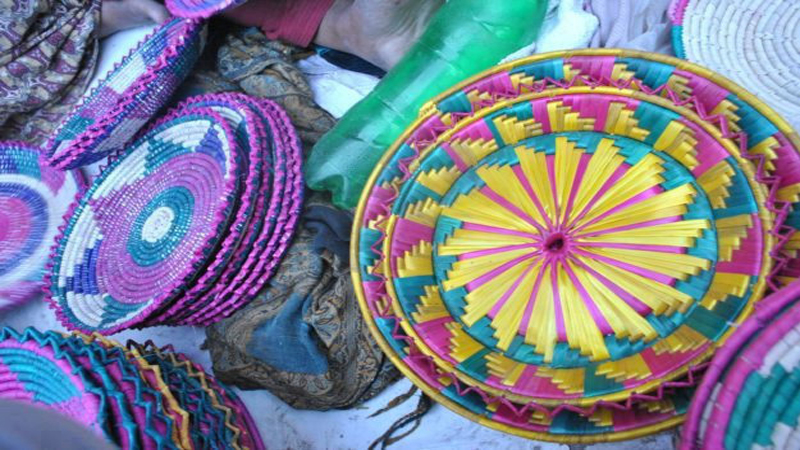 At another side, the festivity of Urs caught my attention. These traditional events, packed of devotion bear adherence to a particular culture and style. It’s a congregation of a variety of people, cultures, and commercial activities.

At this place, I came across a man with a large size hand fan waving the crowd and getting his reward at an entry point, he is Ghulam Muhammad. Belonging to Qabula, a historic town in District Sahiwal, Muhammad worked as a peasant labourer in his village but some time back he was crushed in fodder cutting machine, which paralysed him.

I had arrived at the Urs, by chance. The annual Urs festival commemorating the death anniversary of the saint is celebrated on the first Thursday of Jumada al-Thani, the sixth month of the Islamic calendar

He has recovered from that but still unable to do hard labour, so he chose to tour Sufi shrines with his spectacular hand fans which helped him earn his living by waving the devotees.

In the stalls cluster, a vendor of colourful paraandas attracted my eye. Traditional fairs associated to Sufi shrines provide a good commercial opportunity for such local handicrafts and cultural paraphernalia.

A vendor of paraanda, Javed belongs to Garh Maharaja. Paraanda, an icon of Punjabi culture, has gone somewhat out of fashion in major urban areas like Lahore, Gujranwala, and Faisalabad but it’s still popular in Jhang and other southern Punjab cities.

Made in Jhang, a paraanda is distinct in design and details. These are crafted with gota kinnari, mirrors and silk tassels. Javed, the paraanda vendor told that paraanda making is completely a home industry in Jhang and a bedeck paraanda is sold for Rs 300 to Rs 500.

Another attractive handicraft, which drew my attention was chaba, a handmade bread platter made of date palm leaves. At this stall, I talked to Naveed, a grade fourth student who was there to help his mother. While I was questioning him, his mother continued briefing me about her products, material, and prices. 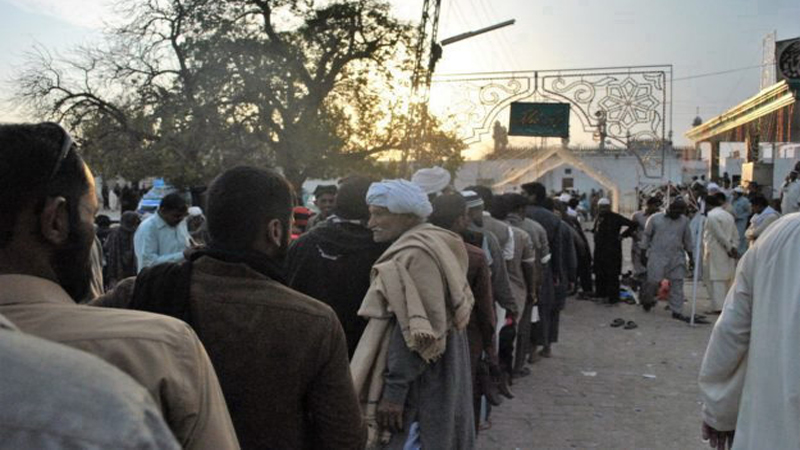 Travelling to the shrine of Sultan Bahu, happening to be in the event of Urs and spending some time there with devotees belonging to different parts of Punjab and seeing some superb pieces of local handicrafts was an amazing experience. The feeling of being close to the shrine of a Sufi scholar and a poet was a wonderful experience. It was the feeling of association to a marvellous culture and its various forms and ways of expression.

The writer is a photojournalist based in Lahore with an interest in cultural heritage. He has provided all the photos in this essay