Heidelberg  the city with a road named after Iqbal

When I saw the Royals enjoying the ancient architecture of Heidelberg, Germany, my heart skipped a beat. I had visited the place a few months back and I immediately regretted not delaying my visit in hopes of catching a small glimpse of the Britain’s Royal family. There are a hundred reasons to persuade yourself to travel through the lush beauty of Heidelberg. I would suggest that if you are travelling to Heidelberg, take a train, as it will show you much more than the city has to offer. If you are a nature lover and want to explore the heritage, Heidelberg has it all. The oldest university in Germany, which is the University of Heidelberg, continues to be a leading centre for scientific and medical research. The climate is relatively pleasant and it will lift your mood for sure. It’s also one of the warmest places in Germany, as evidenced by sightings of occasional almonds, figs and olive trees. Let me take you to a trip where you can imagine the countryside, castles and the romantic roads of Heidelberg. You know the most exciting thing about Heidelberg is a road, which is named after Allama Iqbal. Iqbal Ufer is named after Allama Muhammad Iqbal who had spent six months in Heidelberg learning German. 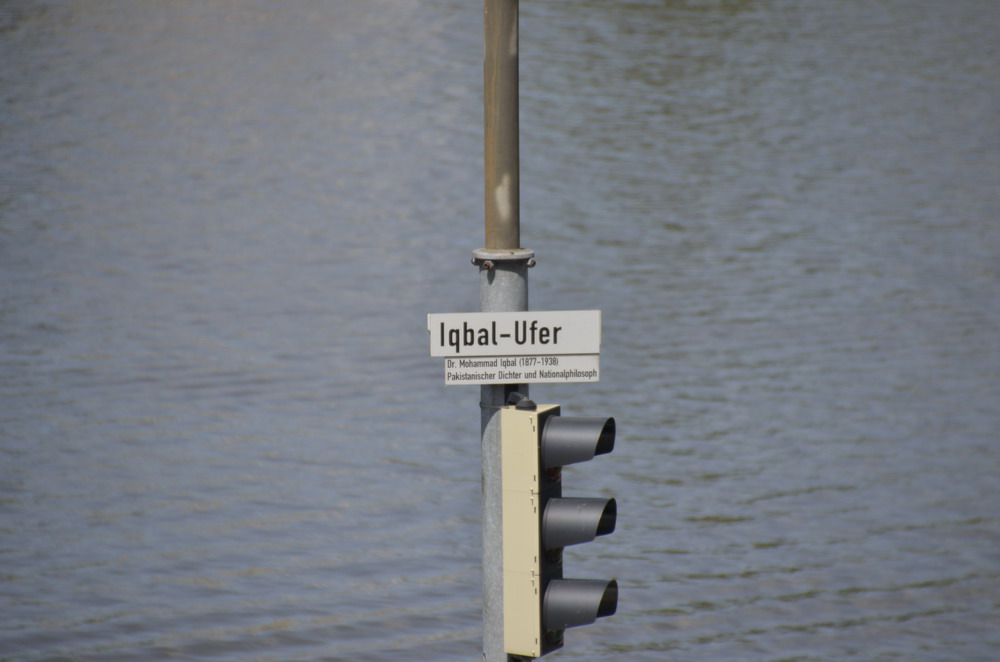 A signboard on the Famous Iqbal-Ufer Roa

Hauptstrasse and the Altstadt – from this narrow main street, you’ll find countless even narrower side streets and alleyways just begging to be explored, each bursting with lively things to discover like unspoiled medieval architecture, splendid old churches and numerous boutique shops, galleries, cafés and restaurants.

If you’re into scenic views and seek inner peace then The Philosopher’s Walk will be heavan on earth for you. This is where the university’s philosophers would walk

The Bergbahn, a mountain railway running from the Kornmarkt, or via a 15-minute walk from the old town, can reach the Heidelberg Castle. Built of red Neckar sandstone on the terraced hillside some 195 metres above Heidelberg, this 16th-century castle is one of the best examples of German Renaissance architecture.

One would be mesmerised with the Karl Theodor Bridge, which has amazing sculptures that express the fine taste of Germans living in the era it was built. The bridge is worth strolling along for its stunning view of Heidelberg and its sister bridge, the twin-towered Brückentor. 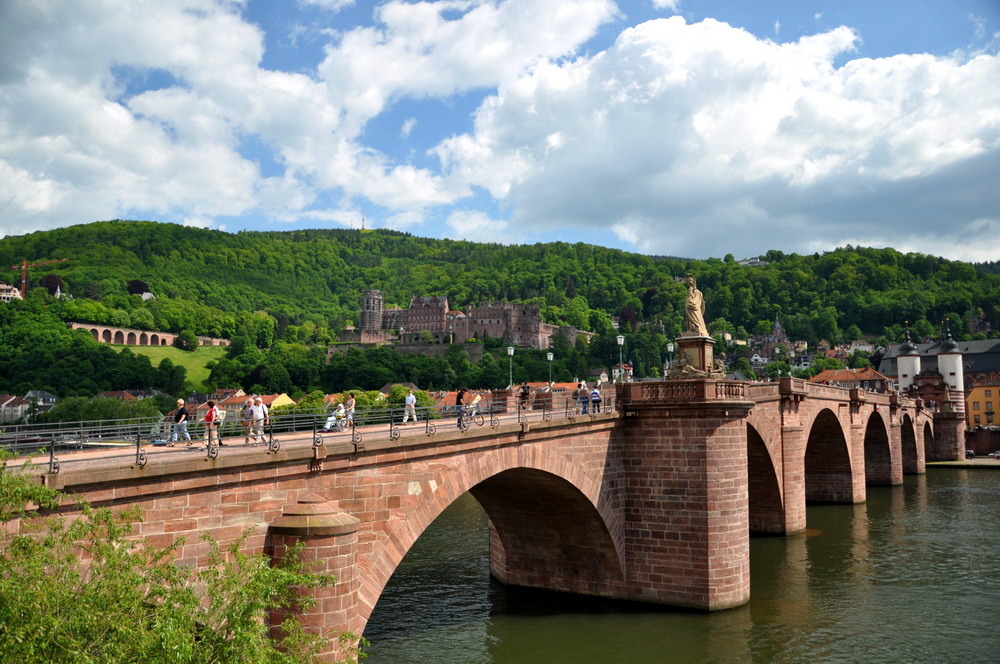 Just seven kilometres east of Heidelberg, the Königstuhl – or King’s Seat – is a hill raising some 567 metres with a spectacular view that reaches as far as the Rhine Valley. Access to the summit, part of the Odenwald Mountains, is via the Heidelberg Mountain Railway, the same funicular railway that takes visitors to Heidelberg Castle. 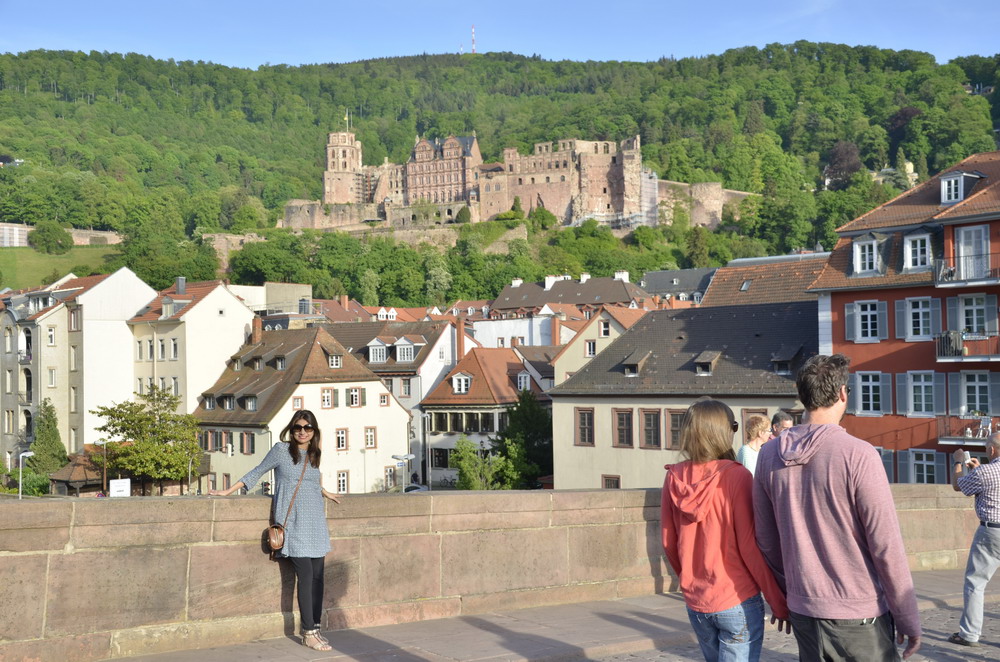 With the majestic Heidelberg Castle in the background

If you are into scenic views and want to attain inner peace then believe me, The Philosopher’s Walk is heaven on earth for you. On the north side of the Neckar, this wonderful pathway runs along the side of Saints’ Mountain, and is where the university’s philosophers would walk. It’s not hard to see the attraction. The views across the Neckar to the old town are incredible and provide an excellent excuse to visit a few other notable attractions, including the ruins of the 11th Century Monastery of St Michael. 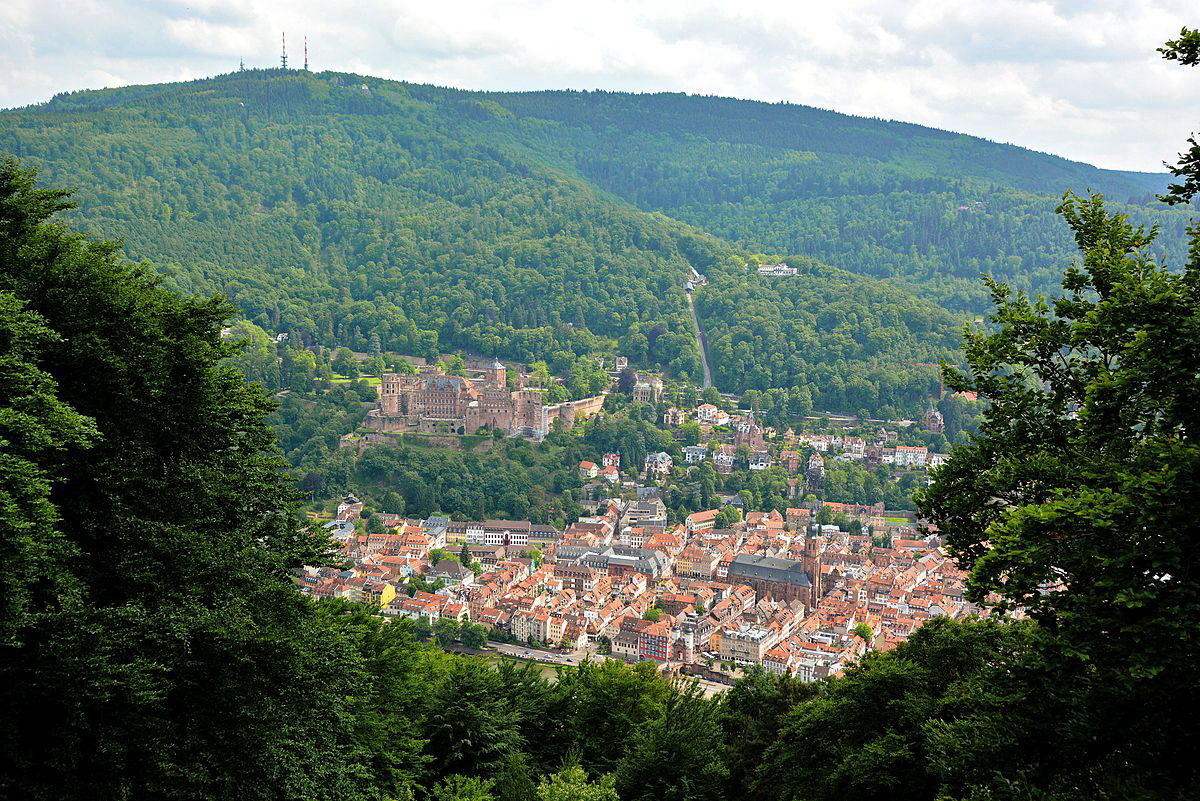 I’ll advise you all to take lot of water with you in case you might get tired of walking.

Wear comfortable shoes if you want to sightsee all evening all.

Heidelberg is renowned for its beer mug souvenirs; make it a part of your travel frenzy.

The writer is Information Officer at Directorate General Public Relations. She Tweets at @Sahreqbalwattoo and can be reached at sahr.eqbal8@gmail.com