When Hafeez Gohar started his career, there was no academy for formal training in fine arts in his hometown Punjgur, in Balochistan and he had to go to the provincial capital for getting admission at the Balochistan University.

Hafeez Gohar, a famous Baloch artist, has formally launched his own art institution ‘Gohar Art Academy’ in Punjgur on the eve of independence to teach and share his experiences with young artists.

He has portrayed the lifestyle of the Baloch in a simple yet striking manner on the canvas. His paintings have also been exhibited in other places including the Karachi Arts Council where he earned fame for his classic presentation of Baloch culture through colours.

He has also shown the tribal, traditional and simple life of Baloch, which also bears a close resemblance to the Arabian culture due to proximity to the Arabian Sea. 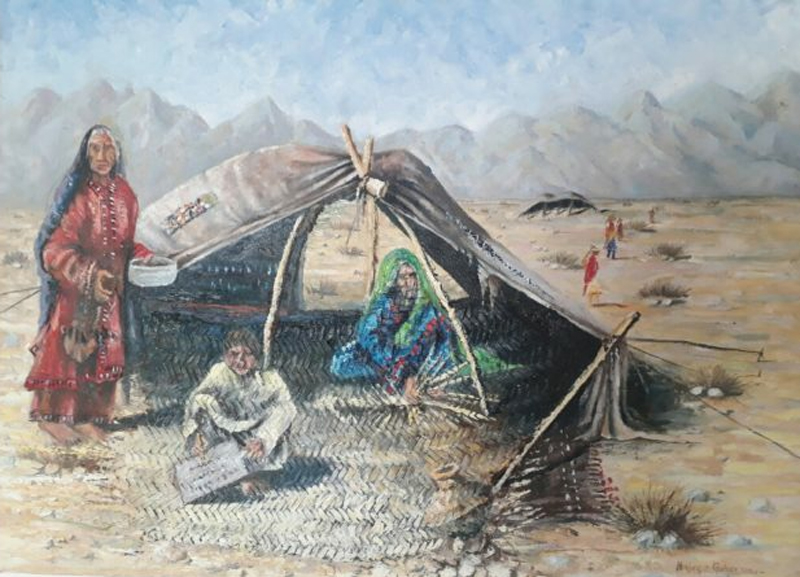 The painting illustrates life of nomadic women, showing how they manage hardship, responsibilities, personal relations, and thirst for education 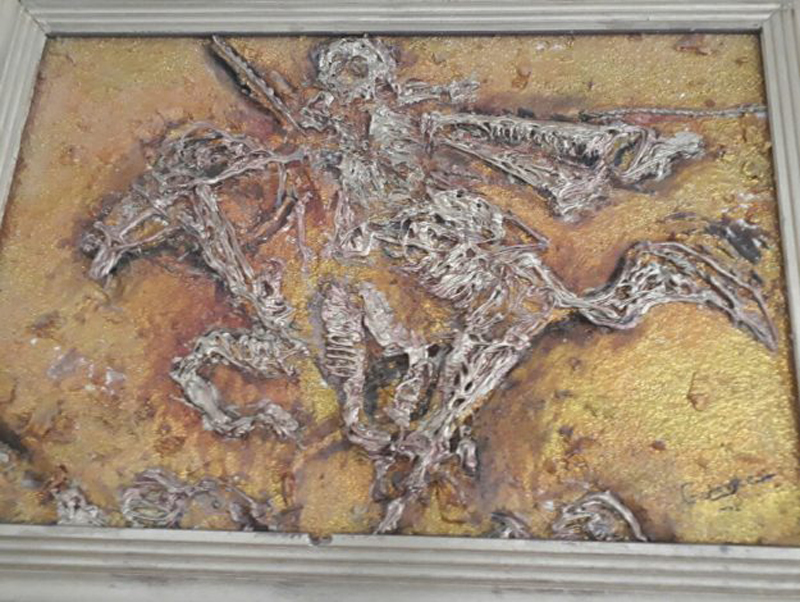 The artwork shows a warrior in the battlefield. The figure of the warrior is associated with valour and strength in tribal customs 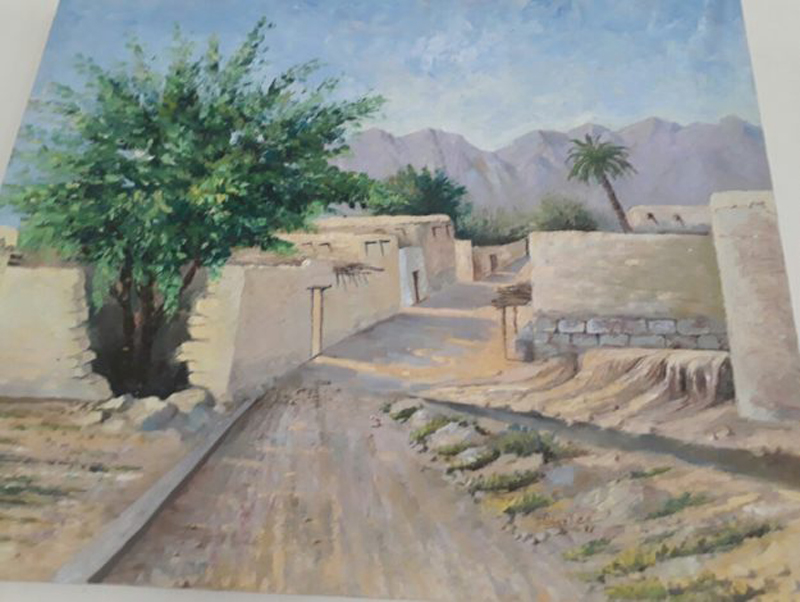 The article originally appeared in PakVoices. The writer is a citizen journalist based in Punjgur, Balochistan