Napoleon Bonaparte once famously said that if the Earth were a single state, Istanbul would be its capital.

That has held true to this day as its one of the most vibrant, cosmopolitan cities on the planet, literally sitting on two very diverse parts of Asia and Europe. What brings these diametrically opposite cultures together is Turkey itself. It is literally the epitome of social, cultural and religious harmony and coexistence – a city where worlds collide so beautifully. There are two distinct sides; the Asian side and the European side. If you are like me you’ll stay on the European side because you would land at Ataturk Airport and all the historic and cultural points of interest are located on this side.

I was there a year ago today. The weather was a pleasant 20 some degrees, which was a comforting, change after Lahore which was at 40 degrees plus! The airport, though efficient and clean wasn’t quite like some of its counterparts in the Middle East, which we use as a transit hub going east or west. Customs and immigration was highly courteous and swift and we were at curbside in minutes. After exchanging some money for the taxi fare we were on our way to our hotel. We were staying at the Four Seasons Bosphorus, in my opinion absolutely the best hotel to stay in this spectacular city. Situated right on the water and next to the Kempinski Cirigan Palace Hotel, a real Ottoman Palace converted to a hotel, and down the road from the Dolmabache Palace in the Besiktas District of Istanbul. We arrived on an early morning flight and right after checking into our palatial rooms, freshened up and hit the tourist trail and the list was long and illustrious.

Since we were all die-hard fans of ‘Mera Sultan’ — the famous Turkish soap opera about the 15th century Sultan Suleman and his Ukrainian-born queen Hurrem — we decided to commence our tour from the Süleymaniye Mosque built in 1558 in the famous Ottoman style of architecture. Thousands of mosques have been built all across Istanbul in the similar architectural style

We were advised to start with the Blue Mosque, which is close to the Hagia Sofia, and the legendary Topkapi Palace is right behind it. Since we were all die-hard fans of ‘Mera Sultan’ the famous Turkish soap opera about the 15th century Sultan Suleman and his Ukrainian-born queen Hurrem, we decided to commence our tour from the Süleymaniye Mosque built in 1558 in the famous Ottoman style of architecture that set the tone for thousands of mosques to be built all across Istanbul in a similar style. We offered ‘nafals’ there and toured the immaculately manicured grounds overlooking the Golden Horn and the Bosphorus. Built on the Third Hill with commanding views of this magnificent city. Beside the mosque, were the mausoleums of Sultan Suleman and his beloved queen Hurrem surrounded in a sea of graves of nobility and courtiers of the time with the most splendid tombstones whose each pattern was in a social hierarchy that was the norm of the day. As the gentle breeze off of the Bosphorus laced with the aroma of the Jasmine flowers abound on the grounds wafted us, we admired the spellbinding architecture.

It was time to move on. Next stop, the Blue Mosque. Located on the famous Hippodrome of Byzantine times where chariot races took place, the mosque sits in a grove of ‘chinar’ trees and age old cobbled walkways. Styled similarly to the Süleymaniye Mosque and built about 50 years later, it pays homage to its grand predecessor. A small note here to let you know that the best time to visit any of these famous World Heritage Sites should be early in the morning to avoid the long lines. You will be given headscarves for the womenfolk and a shawl to cover your legs if you are in shorts or a skirt as it is a functioning mosque in deference to the believers praying inside as prayers are offered five times a day. The tickets for the mosques are free but you must wait in line to get your free ticket. The prices for other venues such as the Hagia Sofia or the Topkapi Palace are about 40TL with an added charge if you would like to visit the Harem, which I would highly recommend.

A short stroll down from the Blue Mosque is the legendry Hagia Sofia, an imposing monolith of a structure dating back over a 1,000 years. Originally built as a church by Emperor Justinian when Istanbul was capital of the Eastern Roman Empire as Constantinople. When the city fell to Muslim rule, it became a mosque and is now neither but a museum. Architects to this day, marvel at the architectural wonders of the structure to have withstood the numerous earthquakes that every so often rattled Istanbul. The Christian, gold mosaics blending with the Arabic verses of the holy Quran on the walls flawlessly coexisting in peace and harmony were a rare sight for us coming from such a polarised society. Istanbul is one of the few cities where I saw women in a miniskirt walk alongside a lady in a hijab both respecting each other’s choice of dress.

Another short stroll on cobbled stone walkways from the medieval period led us to the magnificence of the Topkapi Palace. An imposing gate in traditional Ottoman styled architecture greeted us to the legendary abode of Sultan’s and their administrative machinery that ruled the vast Ottoman Empire from Khyber Pass to the Gates of Belgrade, North Africa and the Arabian Peninsula. It was awe inspiring to say the least; immaculate gardens with sweeping views of the Bosphorus on all sides. The piece-de-resistance of Topkapi is the legendary Harem. There is an extra 25TL fee for the Harem and an added charge if you would like to take photographs inside. I would definitely recommend it. Having just finished the television series ‘Muhtesem Yüzyil‘ as it is known in Turkish or ‘Mera Sultan’ as we know it, we were very up to date on the history of Sultan Suleman, his wives and all the machinations of the time, to the point our local guide, Sibel was also astonished. The hand painted glazed ottoman tiles, covering the walls and intricately carved wood work and the famous Turkish chandeliers enveloped us in this magical world of opulence and grandeur beyond belief. Under the gold domed cupola on the terrace we stood and looked out over the azure waters towards the ferries plying their routes across the waters much the same as they did when queens and concubines must have stood at that very spot all those years ago.

You cannot be unaffected by Turkey, that’s most certainly not possible. As Mehmed the Conqueror famously said, “Either I conquer Istanbul or it conquers me.” At some level, it will permeate your soul and win you over. From the architecture, to the culture, or should I say multi-cultural attitude towards life. The food is truly unique and the street food must certainly be tried. Like the famous shoe designer Christian Louboutin said, “Istanbul is inspiring because it has its own code of architecture, poetry and music.”

There is so much to see in this extraordinary city, which I suppose I will cover in another story soon. Of noteworthy mention are the Dolmabache Palace, The Galata Tower built by Venetian traders in the 13th century and so much more. Bon voyage. 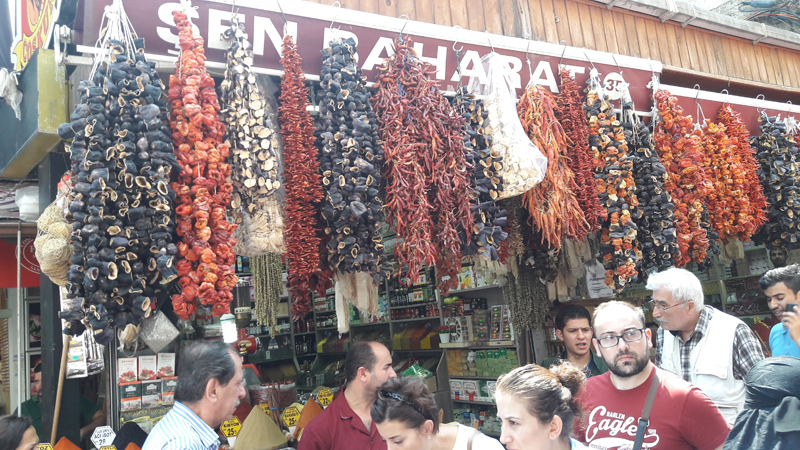 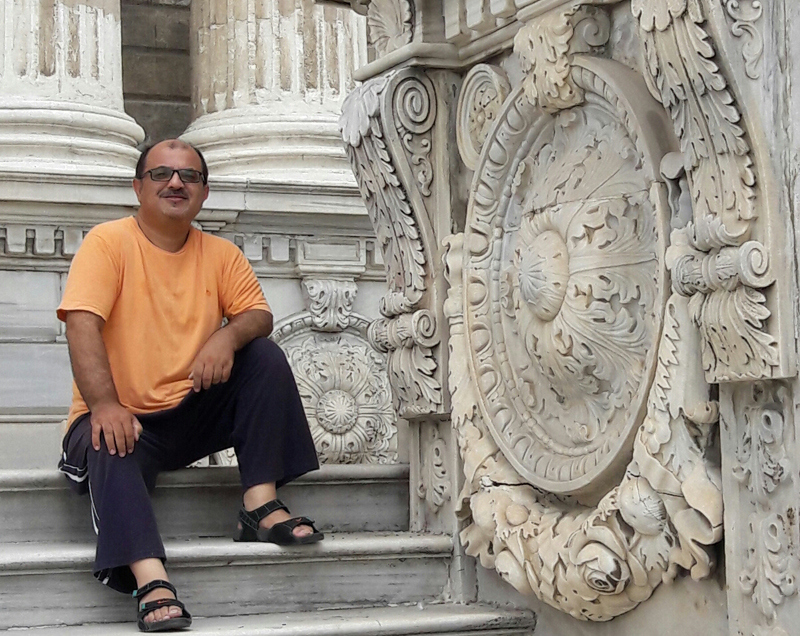 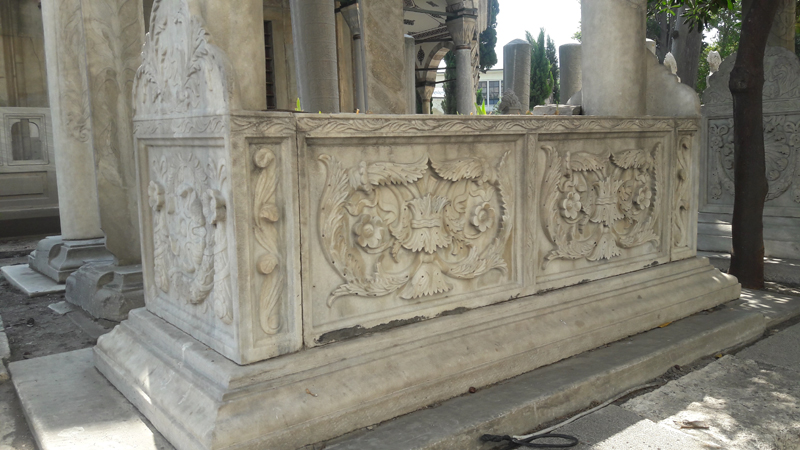 The writer is Quality Editor at Daily Times, and can be reached at khanzadafaisal@gmail.com His blog is paichooblogs@instagram