PCB needs to rethink its strategy of reviving cricket in Pakistan

The much anticipated World XI tour of Pakistan ended last week. For a whole week, Lahore was brought to stand still to celebrate the return of international cricket in Pakistan. People were frustrated with the excessive security checks and traffic jams, while others going to watch the games felt unperturbed. Whichever side one was on, some serious concerns need to be addressed before Pakistan hoped for normal home cricket.

From the Pakistan Cricket Board’s perspective, everything went smoothly. PCB has the bragging rights as Sri Lanka and West Indies have confirmed their short visits to Pakistan in next few months. And for the first time, Pakistan will have a real home season.

Pakistan needs to take these baby steps to show the world that it has the capacity to hold such events, other aspects should also be kept in view.

While the World XI presents a rosy picture, with both players and ICC officials praising the PCB’s arrangements, all this came at an expense. Each of the World XI players was paid approximately US $100,000, with the total expense of PCB estimated around US $3 million. And this does not include the economic loss due to the shutdown of main thoroughfares in the second largest city of Pakistan.

According to some estimates, businesses had to face losses ranging in millions of dollars due to the closure of every kind of businesses, schools, mosques, etc. in a radius of 2km to the Gaddafi Stadium.

Moreover, thousands of people had to face security hurdles and traffic jams.

So, amid all this, is it worth it to host international games in Pakistan given that the militancy is not going away anytime soon. Approximately 20,000 security personnel from the police, military and intelligence agencies were deployed in and around the stadium, along with the route that the World XI took and the team hotel.

There is no arguing that the PCB is in a tricky situation, trying to manage the expectations of people to bring cricket back to Pakistan. Also, the cricket board’s financial situation is not as rosy as it appears. While it had to spend around US $3 million on one tour, the costs will only go high in the future. 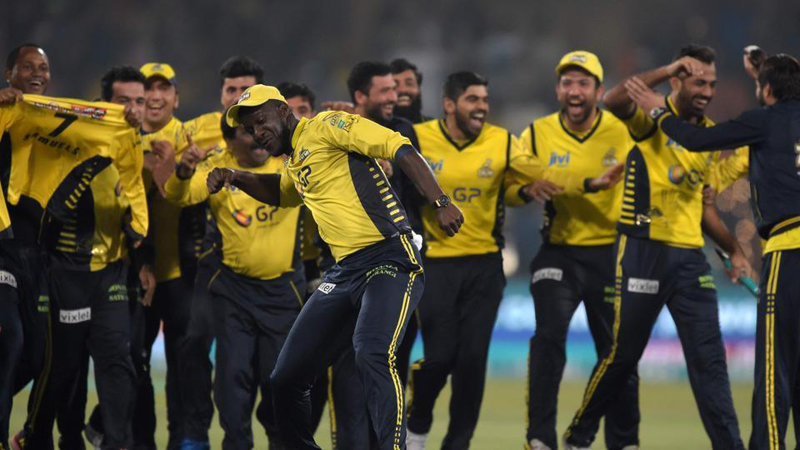 Both of the upcoming series — the T20I against Sri Lanka and a three-match T20I series — in Pakistan are scheduled to be held in Lahore. And the security arrangements will have to be at the same level as of the World XI series.

With the rising costs and other negative externalities, there will come a point where the PCB will need to draw a line. The foreign players were paid significant amounts in both the trips of international players to Pakistan — Zimbabwe ($12,000 per player) in 2015 and (up to $50,000 per players) to the players visiting Lahore for the PSL Final this year.

But despite all this, the PCB has to work towards normalisingcricket in Pakistan. As a first step, it needs to look out for venues outside the main cities, i.e. Multan, Faisalabad etc.

At the same time, the PCB should plan to have a residential facility within the premises of stadiums like the Gaddafi Stadium to avoid unnecessary problems for the citizens and the fans.

Cricket is perhaps the only source of entertainment left for the masses — which they have been deprived of for the past year or so. And the arrangements must be friendly towards the fans — otherwise, there will be no point in organising games with unaffordable ticket prices and skyrocketing costs.