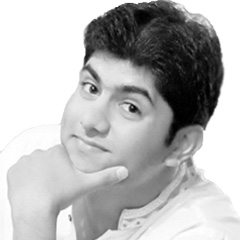 Let the life of Imam Hussain guide us

Muharram, first month of the Islamic calendar is considered to be the month of mourning as it marks the tragic murder of the custodian of the household of the Prophet and His grandson Hussain ibn-e-Ali (AS).

The incident of Karbala carries great history of oppression, bloodshed and cruelty that was inflicted upon the family of Prophet Muhammad (PBUH)’s grandson by a tyrant monarch, Yazid, who ironically was supported by most Muslims of that time.

Seeking into the matter, we come across the fact that Imam Hussain already knew about his fate and had always been welcoming to death. He knew that he would be brutally murdered in the land known as Karbala, yet he opted to walk to death himself rather than death approaching him.

It was not possible for Imam Hussain to plead allegiance to someone who had charges of being a trespasser of the boundaries of Shariah and was a despot ruler. He just couldn’t bear the leadership of Islam going into the hands of people who didn’t care about anything other than social power, thus he decided to stand tall against the forceful call of showing loyalty. He knew Yazid would order his killing if he refused to plead allegiance but he did not compromise on his principles and chose the difficult path.

This behaviour of the Imam clearly shows that nothing should be more important than restoring the sacredness and striving in the name of the Almighty, further it echoes that this life is of no worth. Rather, value must be added by spending and dedicating it to noble causes.

Hundreds of letters flew to the Imam from the people of Kufa complaining about Yazid and requesting to restore the caliphate by declaring himself as the Amir-ul-Mominen (commander of the Muslims). From this, we realise that it was actually a people’s call that Hussain left Madina to respond to them.

We see that his family and very few of the devotees stood beside him in every hardship or hard decisions that he made during the journey. The motivating factor for those who stood by him was the character and towering personality of Hussain ibn Ali. Lessons of group management are best learnt from such luminaries who keep their people mobilised and facilitated in all ways legally possible. Only then it is seen that people live and die for their peers. Of course, the other reasons for that include the good will of God and the fruits of the hereafter.

Moving on towards the battle field, one sees exemplary attitude of diplomacy and humanity from the Imam. He was of the view that fighting would bring us to no conclusion, and that discussions and dialogues should be opted to reach a better solution though he was not able to carry out such measures as he was surrounded and murdered without being heard or anything being said.

Imam Hussain’s family members and friends also showed rock-like determination and admirable patience towards the entire befalling wrath. Women also took notable part in the whole struggle. From the accompanying of the Imam by his sister Bibi Zainab till the sermon she gave at Yazid’s court, one can figure out how much importance Islam has attached to freedom of speech and fighting for one’s rights.

While the battle was about to start, Imam demanded two things only: water and safety for the young ones. It reflects how sage he was in making these two demands. Water indicates life and letting the young ones live expresses for the coming generations to keep going as in life on earth to keep going. Simply, it could be put in this way that in such a turbulent situation, what Imam demanded was still nothing for himself rather he demanded for the life to continue peacefully on earth.

In today’s world, we see oppression in different parts of the globe and all such matters are related to struggle for rights or sovereignty and independence. Also at some places, what’s making things go wrong are the dictators who are impostors of their own wish or of the wish who are safeguarding their interests, providing them with concerns. Best teachings could be derived from the incident of Karbala for the ongoing situation in Pakistan and elsewhere. If we start speaking truth to power and honestly struggle for what we believe in, the various forms of injustice that exist in today’s world can be eradicated.

Same were the circumstances at the time when the Imam thought to raise voice against it and blessed history with the example that it’s better to die of dignity rather than living in suppression. They were just a hundred people in front of the lakhs of armed men sent by Yazid yet Imam defended his viewpoint and maintained the dignity of his view that was backed up by several others who requested him to come to Kufa. More important, it is to know what made the Imam fill with immense power of mind, soul and body. That was nothing else other than a firm belief in the Almighty and His word that only His group will triumph in the long run.

Also for a believer, death comes as mercy serves as the foremost reason for lying down of life and striving till the last of breaths. Same should be done by the governments today, not to fear in at least speaking and declaring their rights and declaiming their independence on the world forums. Tough conviction on God could give enormous command in the battlefield as well as on the tables.

The sole aim of the Imam was to fight against oppression and restore justice and bring upon liberty both spiritual and social as both go parallel in the caliphate system. His life and times should be studied and pondered over for gaining pride in every piece of work and all his works serve as a beam of illumination for all leaders, freedom fighters and social figures which could eventually bring world peace at large.

The writer is a dentist by profession, social writer and spiritual heir to his ancestor Allama Makhdoom Muhammad Hashim Thattvi, on whom he recently authored the published introductory biography. He can be reached at makhdoomsathattvi@gmail.com