Very often when we focus our energies on one thing, we tend to turn a blind eye towards other things worth equally of our attention; the result is, of course, chaos. Same has been the case with our anti-terrorism mechanism and strategy. Pakistan is a country blessed with abundance of youth with almost sixty per cent of young population. An opportunity like this comes at the doorstep of nations in centuries when its young population surpasses that of the older population. One might call it a population crisis here at home but when looked on a global level, countries like Russia, Japan and European nations are struggling with a population decline — leaders like Emmanuel Macron, Theresa May, Angelina Merkel are all childless. It is up to us how we materialise this youth bulge: either we consider it a burden or utilise it as a resource. Sadly though, successive governments in Pakistan have done little to cater to the demands of the growing young population. As a result, unemployment and lack of opportunities have left this segment of population frustrated and miserable. In other words, they have become a ‘ticking bomb’ for manipulators to exploit and be used for malicious purposes.

Content promulgating tolerance, plurality and religious co-existence should be made a part of the educational curriculum. A culture of entrepreneurship must be promoted with public-private partnership to minimise unemployment

While our security apparatus and intelligentsia had underlined illiteracy as the core reason behind terrorist propensities, a new generation of terrorists is emerging from the shiny classrooms of our top-notch educational institutes that have certainly left the architects of our security policy head-scratching. Madrassah reforms and surveillance are no longer the talk of town. A recent seminar titled ‘Growing radicalisation in educational institutions’ organised by Counter-terrorism Department of Sindh police sought immediate guidance from Vice-Chancellors of 40 varsities that attended the seminar on ways to counter the narrative on terrorism. It was noted that ‘radicalisation is fast growing at our institutions with next generation of militants more likely to have a university degree rather than a Madrassah background”. Saad Aziz and Noreen Laghari are recent epitomes of educated radicalised youngsters. More striking and appalling is the nexus between a certain field of study and the phenomenon of terrorism: the field of engineering. Surprisingly, the field of study that teaches how to build, attracts those the most who intend to destroy. A Sociology working paper titled “Engineers of Jihad” by Diego Gambetta and Steffen Hertog of Oxford University sought the strange connection between engineering and terrorism by stating that, “Engineers alone are strongly over-represented among graduates in violent groups”. Whether it’s the nature of engineering studies — the field itself is conservative and seeks clear cut answers to problems, or relevancy to development of destructive ammunition still remains debatable; one thing is, however, certain that of all the professions, engineers are the likely recruits of militant organisations.

Back in 2012, during the formulation of youth policy for government of KP, as a key contributor, I underlined some issues that could simmer extremist tendencies in our youth and thus suggested immediate governmental attention towards addressing them. To wit: sky rocketing unemployment, toxic curriculum, anti-state narratives, blocked social mobility, failure of secular modernisation projects, and political alienation. Addressing critical issues like these, of course, require deep understanding rather than wishful thinking and apathy to them, churns out fiery zealots, manifestation of which we are observing in our society today.

Why is it so that we are only bothered when we have a problem surfaced and do not rectify it when it is in the stages of metamorphoses? Perhaps this is our national dilemma. Anyways it all boils down to a single question now: what needs to be done? A holistic and systematic approach is indispensable to counter this new wave of terrorism. This approach has more to do with mind game rather than battlefield confrontation. Firstly, a redesigning of curriculum and exclusion of toxic (hateful) material must be ensured on provincial and federal level. Content promulgating tolerance, plurality and religious co-existence should be made a part of the new curriculum. Secondly, a culture of entrepreneurship must be promoted with public-private partnership to minimise unemployment. Fanaticism lies at the roots of idleness and an empty mind is a devil’s workshop. 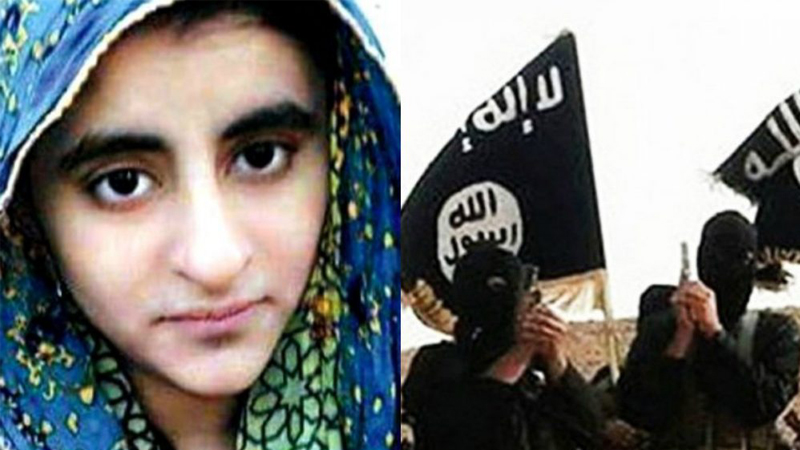 Today, unemployment rate is highest in 13 years; youth must be provided jobs to curb the growing restlessness. Thirdly, a new narrative should be shaped by our intelligentsia to counter the prevailing narratives that are poisoning the minds and hearts of our young generation. This new narrative should accommodate all segments of our society equally with humanitarian ethos of Islam and vision of Pakistan at its heart. Fourthly, Higher Education Commission must ensure the sensitisation of this issue to train teachers of all disciplines on imparting this new narrative on anti-extremism in their students. Lastly, an All Parties Conference (APC) must be called on the issue of accommodating youngsters in mainstream politics — the time for which is ripe. This herculean task would, of course, be to demand the commitment and resolve of the government in taking up the initiative.

The predicament is nibbling down our social fabric swiftly and needs utmost urgency of our policy makers; since it won’t be easy to contain the sophisticated and highly educated terrorists of this era.

The writer is a political commentator, public speaker, founder of various youth organisations and part of a governmental body in Pakistan. He tweets @Ahsan_H_Durrani