Strategic depth is a misnomer

After obtaining nuclear capability, the concept of strategic depth for Pakistan has become irrelevant. Yet, analysts, panelists and chattering classes continue criticising Pakistan claiming that it wants strategic depth in Afghanistan

Strategic depth, in military terms, refers to the internal distance within a state from the frontline to its centre of gravity or Heartland, its core population areas or important cities or industrial installations. There have been a lot of discussions over this concept in electronic and print media, but Air Vice Martial (retd) Shehzad Chaudhry in one of his articles stated that during 35 years of service, he never heard the term strategic depth. Anyway, after obtaining nuclear capability, the concept of strategic depth for Pakistan has become irrelevant. Yet, analysts, panelists and chattering classes continue criticising Pakistan for they say that it wants strategic depth in Afghanistan. They say that Pakistan does not have enough space in case of war to halt enemy’s advance and then launch a counter attack to restore the balance. But they never discuss India’s New War Doctrine or Cold Start Strategy to disintegrate Pakistan.

There are many countries in the world that are much smaller in size and do not have a fraction of the above space as compared with Pakistan. Secondly, in case of war, a nation is meant to fight with what it has, not to hide away what it must be fighting with. If for argument’s sake one agrees with the concept of strategic depth, the raison d’être of strategic depth became irrelevant after Pakistan became a nuclear state.

In early 2010, General Ashfaq Parvez Kayani had said that to him strategic depth in Afghanistan is a friendly government and not influence or control over it. A peaceful, friendly and stable relationship with Afghanistan would ensure that Pakistan is not threatened with security problems on its western border. Pakistan is often accused of supporting the Taliban with a view to destabilising Afghan government and to have a compliant government in Afghanistan.

From King Zahir Shah to President Najibullah, every government remained at loggerheads with Pakistan, and Pakhtunistan issue was raised by Afghanistan unarguably at the behest of the then Soviet Union and India, as Pakistan was intertwined in defence agreements with the West and bilateral agreement with the US

In 1950s, Pakistan had joined Seato and Cento against former Soviet Union’s threat, unarguably to get sophisticated military equipment from Britain and the US, and also support from the allies in case of war with India. Having a hostile neighbour next door, perhaps it was in the minds of policy makers that they will benefit from the defence pacts with the West, but there was no concept of strategic depth at that time. When attacked, one cannot imagine that Pakistan army can retreat to go as far as Afghanistan, or send its equipment or park its fighter jets and planes in Afghanistan or for that matter any other country.

Unfortunately, Pakistan’s relations with Afghanistan have remained strained since the day one. At the time of partition of the sub-continent when Pakistan emerged as an independent state in August 1947, Afghanistan was the only country that voted against Pakistan’s entry into the UN.

From King Zahir Shah to President Najibullah, every government remained at loggerheads with Pakistan, and Pakhtunistan issue was raised by Afghanistan unarguably at the behest of the then Soviet Union and India, as Pakistan was intertwined in defence agreements with the West and bilateral agreement with the US.

None of the Afghan government was willing to accept the Durand Line as a permanent border between Pakistan and Afghanistan, which is acknowledged by the UN. Even the Taliban government had stuck to the same position. Anyhow, if India wants to see a favorable dispensation in Afghanistan when it has no borders with Afghanistan, why Pakistan, a next door neighbour cannot have the same desire. US Defence Secretary James Mattis has recently said that India has contributed a lot in development of Afghanistan and has a role to play in Afghanistan in future as well. 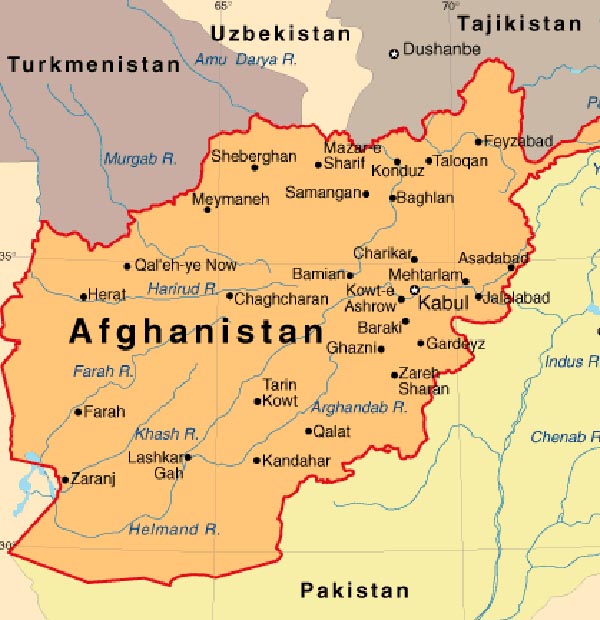 In 2011, the US had asked India to send its troops to Afghanistan. Indian government had agreed in principle to send two divisions to Afghanistan, but military command had prevailed upon the government taking the plea that the Indian army won’t be able to fight the Taliban fighters because of their superiority in guerrilla warfare and also because the terrain is difficult.

Though Pakistan has given tremendous sacrifices during the last 16 years, all the rewards are given to India whereas Pakistan is subjected to scathing criticism. It is worth mentioning that the US had invaded Afghanistan to overthrow Taliban government and to dismantle Al Qaeda. It was a tall order; therefore the US should have enough boots on the ground to seal the borders and to capture the militants so that they do not cross over to Pakistan, Iran or elsewhere.

On October 7, 2001, the US had launched Operation Enduring Freedom with the United Kingdom. One could see the flawed strategy of the US that it sent some 12000 army personnel, which remained in Bagram base and 6000 British soldiers stayed put in Kabul. This was the position from 2001 to 2003.

NATO became involved in ISAF in August 2003, and later that year assumed its leadership. In the meantime, the Taliban fighters reorganised themselves and became a force to reckon with. The US at one time had a 100,000 plus soldiers in Afghanistan; with Nato the number was over 150,000. NATO had raised and trained 150,000 Afghan army and about 100,000 police, but they could not defeat the Taliban, who control about 50 per cent of Afghanistan. In this backdrop, Haqqani Network militants who are part of the Taliban do not need Pakistani soil, as they have enough territory to train and operate from there.