Should Pakistan adopt the CISG?

One of the most important achievements of UNCITRAL was the creation of the United Nations Conventions on International Contracts 1980 (CISG). It fits well into –what might be called globalisation – which is not only an economic process but also a legal one. We have also seen a gradual change in domestic laws adjusting to the needs of a global economy. However, total harmonisation of contract laws has not eventuated and is still a dream.  The main problem is that the dream to achieve a global contract law is dependent on political issues. Pakistan, a well as India, have not yet adopted the CISG. However, it must be pointed out that both countries participated actively at the 1980 Diplomatic Conference putting forward several amendments and proposals. Pakistan as an example was represented by two members, namely Mr Mehdi and Mr Inaamullah, both from the Embassy in Vienna. So far, 85 states have ratified the CISG. Unfortunately many in the South Asia region have not done so despite following issues with thesale of goods acts, which have not been updated.

One consideration which ought to be taken into consideration is the fact that more and more free trade agreements are being forged. Hence, a uniformity of cross-border trade has been created but only at the border. The CISG will facilitate behind the border harmonisation as seen within the EU where most of the CISG cases are being decided. The CISG is not superior to any domestic law but – as will be demonstrated later- its language is easier to understand and will certainly suit small to medium sized businesses (SME) to extend their business into the international market. Importantly, the CISG would operate as part of thePakistani or Indian law, not as an alternative to it. CISG should be adopted to bring economic transparency and legal uniformity as regards to international commercial contracts within the region. It is argued that specifically buyers’ and sellers’ legal rights will be protected and therefore would have legal commonality within the subcontinental countries.  This way the sale of goods tradition will increase and rights and liabilities of the parties to commercial contracts could be dealt with effectively.This is especially important as China – a CISG signatory – is one of the most important trade partner of Pakistan and India.

Pakistan Sale of Goods Act (wence this paper will demonstrate hat the current Pakistani Sales of goods act is deficnat and that a ratification fo the CISG ought to be contemplated. It is nto to say that the CISG is superior to any domestic law but it is of value specifically with Small to Medium Sized business (SME) SOGA 1930) was enacted during the British Raj to deal with thesale of goods contracts. The Act was introduced in Britain as well as in its colonies and dominions including British-India as the consolidated Sale of Goods Act 1893 (SOGA 1893). After the partition of British-India,Pakistan enacted the Federal Laws (Revision and Declaration) Act, 1951, under which it adopted a number of Indian laws (The Sale of Goods Act, 1930 was one of these). In the UK, SOGA 1930 was replaced by the Sale of Goods Act 1979, which was further modified in 1994.

Furthermore, it is noteworthy to point out that prior to theintroduction of SOGA 1930, the sale of goods contracts in British-India were governed under Sections 73 to 123 of the Contract Act 1872. Once SOGA 1930was proclaimed, Sections 73 to 123 were repealed.  It is interesting to note that primarily principles confined in the SOGA 1930 were taken from the Contract Act 1872 which compliment English common law principles.

An important consideration is that SOGA 1930 is only used – if at all – for domestic dispute resolutions in relation to thesale of goods. In addition, Pakistani courts will also consider the English SOGA 1979 while interpreting disputes under the 1930 legislation.

In addition, Pakistani courts rely on English jurisprudence. Anecdotally, international corporations or for that matter all international sale of goods contracts include either a foreign system of courts or an arbitration clause. In effect, international cases are not at all or rarely decided in Pakistan. Simply put SOGA 1930 is basically not taken into consideration and only a few law schools actually teach it.

Even though the CISG is a compromise between the common laws and the civil law, some similarities and obviously at a time difference exist between legal principles of awarding of damages under the SOGA and the CISG. It appears that the approach adopted by the CISG is much more liberal as compared with the approach of SOGA. The important fact is that the CISG has managed to harmonise the law of international sales. Many attempts have been made in Europe to harmonise contract law such as the Principles of European Contract Law and the Common Frame of Reverence, but they are all now gathering dust on a shelf. The CISG, on the other hand, has been ratified by 85 countries and by can be termed as one of the most successful laws devised by UNCITRAL.

Many similarities exist between Pakistani sales laws and the CISG when it comes to awarding damages to the aggrieved party. The SOGA requires that the traded goods must conform to the contractual terms, and must be fit for purpose and be of satisfactory quality. The same provision or requirement can be seen in the CISG as well in article 34. Keeping the contract alive in case of thebreachon the part of the seller seemed to be an excellent approach for modern international sales. To the contrary, the approach of the SOGA in thecase of the breach of the contract seemed to be less attuned to the needs of international trade. Furthermore, the requirement or rather the option of Nachfrist notice to the party is also of paramount importance in international sales as it encourages trade and is also helping in making sure that the parties to the contract actually fulfilled their duties arising under the contract. This requirement or option is not known in the SOGA as it is emphasised in the CISG. The principle encapsulated in Article 74 of the CISG is another example of excellence. By virtue of Article 74, the aggrieved party must establish with reasonable certainty – and subject to the principles of foreseeability and mitigation–damages in case of the breach of the contract. The emphasis on certainty and principle of foreseeability under the CISG is much higher in comparison to the SOGA. The approach of SOGA does include the mitigation and foreseeability principles, but there is no mention of reasonableness the way it is stressed in the wording of Article 74 of the CISG.

Most importantly the evidence which can be used to prove breach of contract under the CISG is not limited to the objective test which in some cases does not produce the results envisaged by the parties as it is the opinion of the courts “second-guessing” the intent of the parties. The subjective test used in the CISG does require that the facts must be objectively tested that is the conduct and statements “are to be interpreted according to his intent where the other party knew or could not have been unaware what that intent was.” 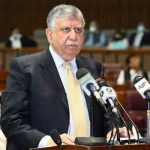