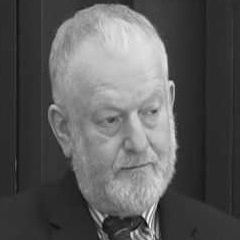 The Dragon and the Bear

Second honeymoons rarely, if ever, recapture the zest of lost love. Yet ever since the Soviet Union’s collapse in 1991, Russia and China have sought to rekindle the close relations that once supposedly existed between the USSR and Mao’s China before Khrushchev’s denunciation of Stalin in 1956. But that renewed Sino-Russian marriage always smacked more of convenience — aimed as it was at checking American hegemony — than of true romance. Now Russia’s invasion of Georgia has shattered even the illusion of attraction.
In 1969, the Chinese and Soviet armies exchanged fire across their disputed border. Recently, the two countries signed an agreement that seemed to put an end to their long border dispute. The agreement was a sort of follow-up to the visit to Beijing of Dmitry Medvedev, who made China one of his first official trips abroad after being elected Russia’s president.
During Vladimir Putin’s presidency, Chinese and Russian troops engaged in joint military manoeuvres, and the two countries became dominant powers in the Shanghai Cooperation Organisation (SCO), which, to some Western observers, looked like an effort to counterbalance NATO. There were also years of “Russia in China” and “China in Russia” cultural exchanges, meant to underscore that the two countries were tied together not just by geopolitical pragmatism, but by genuine cultural/historical ties as well.
But the fact is that 17 years of high-level bilateral cooperation have produced little of substance. Indeed, in the wake of the invasion of Georgia, China may be seriously rethinking its relations with Russia. It may not yet be ready to embark on a full-fledged policy of “containment”, but in the wake of the dismemberment of Georgia — and with Russia claiming a zone of “privileged influence” throughout the former Soviet world — China clearly views Russia as an emerging strategic threat.
For example, China has refused to endorse Russia’s recognition of the independence of South Ossetia and Abkhazia, and has encouraged the SCO’s other members to do the same. The reasons are not hard to find. As a general principle of foreign policy, China believes that national borders are sacrosanct. No power, not even the United Nations, should be allowed to change them without the consent of the country concerned.
More importantly, China views the break-up of the USSR as one of the greatest strategic gifts in its history. Instead of confronting a (usually hostile) Russian/Soviet empire on its border, a vast swath of buffer states appeared after 1991. Their continued independence is now deemed essential to China’s national security. As a result, any more Russian efforts to establish even informal suzerainty over the Soviet successor states are, following the dismemberment of Georgia, likely to meet Chinese resistance.
The economic components of the Sino-Russian relationship — where real attachments are tested — are also dissatisfactory, at least from China’s point of view. China’s major interest in Russia is oil and gas. But, while Russia is firmly committed to being a major supplier of gas and oil to Europe, it is hesitant to play a similar role with China. Moreover, Russia’s efforts to gain monopoly control of the gas pipeline networks across Eurasia pose a direct danger for China, because monopolists can not only gouge their consumers, but also shut off supplies for political purposes, as Russia has done repeatedly over the past two decades. So China’s national security interest is to ensure that the gas-supplying nations of Central Asia have outlets to sell their gas that are not under Kremlin control.
Other than oil, gas, and other commodities, China has rather limited interests in Russia. Russia has been China’s major supplier of weapons since the late 1990s. But, given the stagnant state of Russian science and technology, even the best Russian equipment nowadays seems out of date. Indeed, although the war with Georgia demonstrated the revived combat spirit of the Russian army — at least when compared to its ineptness in the two Chechen wars of the 1990s — it also exhibited the grave defects of Russian military technology. Most of the arms used were yesterday’s weapons. As China is now able to harness its own technological might to produce sophisticated weapons, Russia’s usefulness in this area is waning fast.
Nor do the Chinese have much interest in assuming de facto control of Asiatic Russia, despite shrieks from Russian strategic pundits that this is China’s real goal. China might, indeed, have an interest in some border areas with fertile soil and moderate climate. But it hardly wishes to colonise the frozen wastes of Siberia. In fact, Siberia is not much different from China’s own almost empty mountain/desert borderlands, where even agriculture is a daunting task. As for Russia’s Far East, the Chinese believe it will eventually fall to China anyway, so there is no need to hasten the process.
China is far more interested in focusing on the United States, its major trade partner and rival, and on South Asia and Iran, which supplies much of China’s oil and regards it as a more reliable ally than Russia. Thus, the settling of the border dispute with Russia was not aimed so much at building a geopolitical marriage as securing each other’s rear, offering both sides a free hand to explore opportunities elsewhere.
What China wants and what it gets may be different things. With its long borders with Russia, China knows it would have much to regret if a new, oil-fired Russian empire appeared on its doorstep. —DTPS