Biography by an admirer of Grace Kelly relentlessly well-mannered

When Grace Kelly dazzled the screen in her first starring role, as the almost murderee in Alfred Hitchcock’s Dial M for Murder (1954), she represented a new phenomenon in Hollywood. She was an actress trained in the new medium of screen drama, which in those days meant live television, and from 1950 to 1954 she acted in three-dozen live dramas. Her film career, though spanning a slightly longer period, was even more concentrated: 11 movies, 10 of which were made in only 42 months. She was also a new kind of object of erotic fascination. Like her contemporary Audrey Hepburn — the subject of a previous biography by Donald Spoto -, she represented an alternative type to Marilyn Monroe or Italian imports such as Sophia Loren and Gina Lollobrigida.
In terms of the movie business and celebrity, she was something of a low-key rebel. Although she signed a standard seven-year contract with MGM, she negotiated every other year off to return to the theatre. She did not snatch at every part she was offered and even threatened to retire unless she was given the opportunity to star in The Country Girl, for which she won an Oscar. In that film she insisted on wearing glasses and lacklustre apparel in keeping with the character, whereas other actresses would probably have wanted their appearance to be enhanced. Similarly, in a 1955 photo shoot for Collier’s magazine she took the bold decision to be photographed without make-up, wearing glasses, in an oversized shirt and emerging from a pool with wet hair. She always preferred New York to Hollywood and abandoned stardom to marry Prince Rainier of Monaco.
This biographical study — it seems too narrow and slight to be called a biography — has the air of something plucked from the author’s bottom drawer. Indeed, the interviews Spoto conducted with Kelly over the years, leading to a friendship, were part of his research for books about Hitchcock. As a study of her working life, which is how he describes it, this book is well mannered and unobjectionable, if rather bland. Unlike his Hepburn book, which revealed one intense love affair that had gone unnoticed, there are no scoops. Indeed, Spoto is keen to defend Kelly’s reputation against the prurient claims of previous biographers. “I have tried to correct the record on this and other more important issues, without fudging the truth — she would have hated that.”But it is surely relevant to mention that she dated the Shah of Persia as her stage career was beginning in 1949-50. Regarding her widely assumed affair with Clark Gable during the making of Mogambo in 1953, Spoto is too quick to register his scepticism. “A strong attraction is not invariably expressed sexually”, he says, but Gable’s biographer Warren Harris, whose 2002 biography is included in Spoto’s bibliography, quoted Donald Sinden, who played Kelly’s husband in the film, as saying that he had wandered into Gable’s tent on location and found Gable and Kelly in bed together, “both of them starkers”. Again, he fails to address the possibility, claimed elsewhere, that Kelly had an abortion when her relationship with the dress designer Oleg Cassini came to a halt.
Kelly was from Philadelphia, not from the so-called Main Line, those affluent Wasp communities along the western bank of the Schuylkill River, but from one of the suburbs on the eastern bank. Her father was a wealthy Catholic businessman who made his fortune from construction after the First World War and kept it through the Depression because he invested his money in government bonds instead of the stock market. An Olympic oarsman, Jack Kelly was insensitive and culturally disengaged. He never thought Grace would amount to much, unlike her older sister Peggy, though she eventually earned his grudging respect if not his love.
Rather than become a debutante in Philadelphia, Kelly went to drama school in New York, where she was happy to live modestly in shared lodgings. Her acute myopia — she could only see six feet away without glasses — was sometimes mistaken for aloofness, but there was nothing of the prima donna about her and she endured practical jokes with good humour. Her ambition was to have a serious career in the theatre. Instead, she gave us a handful of luminous film performances, which demonstrate a talent for both serious drama and high comedy, while her roles in Rear Window and To Catch a Thief conveyed her sense of sexuality.
Of her performance in the musical High Society, in which her character, Tracy Lord, is more sung about than singing, Spoto says that she sang True Love, her duet with Bing Crosby, “with touching wistfulness — not in a full-throated, overconfident mezzo” and notes that it sold a million copies. But what Spoto does not know — nor, for that matter, do Kelly’s previous biographers — is that her voice was dubbed by Niki Schenck, the 17-year-old daughter of Nick Schenck, the boss of MGM’s parent company.
“Like that of Audrey Hepburn and Jacqueline Onassis, Grace’s stardom depended on a mysterious amalgam of presence and reserve — of accessibility and distance,” writes Spoto. “These women gave themselves to the camera but they knew that they had to hold something of themselves back. This was not hypocrisy — it was sheer self-preservation.”
But still Spoto’s protective attitude towards Kelly irritates. He even omits David Niven’s anecdote about when Prince Rainier asked him who had been his most exciting lover. He began to say ‘Grace Kelly’ before switching to the more tactful ‘Gracie Fields’. —Telegraph 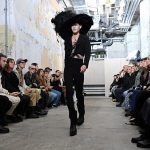