Both India and Pakistan are facing an acute water crisis and it is important for them not to fall for western discourse, which never misses an opportunity to portray water as the next catalyst between the two nuclear states. A latest report by the US Senate, ‘Avoiding Water Wars: Water scarcity and Central Asia’s Growing Importance for Stability in Afghanistan and Pakistan’, states that “experts question the treaty’s [Indus Water] long-term effectiveness in light of chronic tensions between India and Pakistan over the Kashmir region, where a significant portion of the Indus River’s headwaters originate”. US think-tanks too are following suit and looking at water issues purely from a security angle.

It is important for both countries to learn lessons from each other’s policy failures and explore avenues of cooperation in the realm of water, as many of the problems afflicting both countries are a natural consequence of populist policies, population growth and profligate use of water. Interestingly in 1928, an ICS officer by the name of Calvert had predicted a water shortage due to over-dependence of the Punjabi farmers on tube-wells, dams, rivers and rainfall. Erstwhile Minister for Statistics in India, Dr MS Gill, has been warning about the perilous consequences of water usage in both Punjabs.

In an article titled ‘Water crisis of east and west Punjab’, for The Hindu in June 2010, Gill bolstered his argument with the following figures:

“However, the nine lakh shallow tube-wells now dangle dry. The rich have started digging deep to 300 feet or more with submersible pumps to grab water. Small farmers who predominate cannot afford the cost and their wells are drying up. One deep tube-well will dry up 100 (tube-wells) around it. The water table has gone far down, and this situation will lead to social tension…West Punjab too faces these grave questions.”

With reference to West Punjab too Gill, while retorting to former Foreign Minister Shah Mehmood Qureshi’s statement that “the total average canal supplies of Pakistan are 104 million acre feet while the water available at the four gates is about 70 million acre feet”, said that the remaining 34 million acre feet is not stolen by India.

The former like all sane individuals and those genuinely concerned about the water shortage in Punjab provinces of both India and Pakistan, recommended greater cooperation between the governments of the two Punjabs and the agricultural universities of both sides.

In fact, it maybe mentioned that in 2006 when Punjab-Punjab interactions were at their peak, the proposal for closer interaction between agricultural scientists from the Punjab Agricultural University and Faisalabad was turned down by the government of India.

In such a scenario, where there is virtually no interaction between dispassionate sections of the populace who have no vested interested in conflict and acrimony, it is not very tough to up the ante and exacerbate tensions on an issue that should actually encourage cooperation. And sections of the media do precisely the same.

It is with this in mind that LUMS and the Observer Research Foundation, New Delhi, are collaborating in a project titled ‘Re-imagining the Indus’. As a result of this endeavour, experts from both sides got an opportunity to present their findings on the water shortage in India and Pakistan in an international conference titled ‘Blue revolution: Charting South Asia’s Water Future’, organised by the PHD Chamber of Commerce, New Delhi, held on April 11.

Delegates from Indian Punjab illustrated how poor water practices have damaged both the environment and the social fabric of the state, which was once called the bread basket of India. Suresh Prabhu, a former minister, spoke about the potential of issues like water being a tool for cooperation rather than a catalyst for conflict. One of the significant takeaways, expectedly, was the similar problems both countries faced due to redundant agricultural practices and political populism. The final report has included all these recommendations, but a lot ultimately boils down to the lack of interaction between citizens and genuine stakeholders on both sides.

While it would be disingenuous to state that the Pakistani presenters went back totally convinced about India’s stand on water, or vice-versa, the exchange of views certainly convinced both sides that cooperation between the two countries, especially the two Punjabs, is imperative to prevent any further damage to the Indus Basin and will not do any damage to either country’s cause.

The visa regime hampers such exchanges, but more dialogue is imperative in order to ‘water down the conflict’ between India and Pakistan. Just as trade between the two countries needs to be direct rather than through Dubai and other foreign destinations, it is imperative that on issues such as water, both countries develop their own roadmap for cooperation rather than being influenced by western discourse.

The writer is an Associate Fellow with The Observer Research Foundation, New Delhi 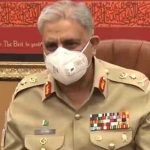