The concept of identity occupies a central place in contemporary intellectual discourse as Zygmunt Bauman, one of the leading sociologists today, shows us in Identity in the Globalising World (2000). And it would be correct to note, perhaps, that nowhere in contemporary discourse has the concept of identity been more actively involved than in discussions on religious identity, especially on the ‘reality’, peaceful or problematic, of ‘Muslim identity’ in a post-9/11 scenario. Such a debate is especially noteworthy in the discourse of Islam in Europe, in the context of viability or non-viability of increasing multiculturalism. This article examines the perspectives of two key figures in this important debate, Tariq Ramadan and Ayaan Hirsi Ali.

For a debate that seems to be, superficially, innocuous, one starts to appreciate its intricacy when we analyse the current issues related to the hijab in France, the controversy related to the publishing of blasphemous caricatures by various European newspapers, the pending membership of Turkey into the European Union and perceptions on an increasing threat to Europe by home-grown or foreign-backed Islamist radicals, only to name a few. After all, culture is not only about festivals and architecture but rather, more importantly, about ideas, knowledge bases and worldviews too. In these matters, some experts have pointed out the need for Europe to be a cultural hub with diversity and inclusion while others have concluded that Europe’s multicultural future is dangerous, and is destined for failure. Tariq Ramadan, perhaps, is an example of a voice on the former perspective while Hirsi Ali is a champion for the latter.

The Swiss-born Tariq Ramadan is a Professor of Islamic Studies at Oxford, has studied Islamic jurisprudence at Al Azhar in Egypt and is the author of Western Muslims and the Future of Islam and Radical Reform: Islamic Ethics and Liberation, along with several other books. He has been called one of “Europe’s leading thinkers and one of Islam’s most innovative and important voices” and a “Muslim Martin Luther”. The central idea of his work is the need for a ‘European Islam’ while staying within the tenets of Islam by breaking free of the cultural details of Muslim-majority areas and focusing on the foundation Muslim texts, the Quran and Sunnah. He has also been vocal about the need to reduce the increasing Islamophobia in Europe.

However, Ramadan also happens to be the grandson of Hassan al Banna, the founder of the Egyptian Muslim Brotherhood, a relation that has often resulted in scepticism towards his work. Moreover, in 2005 he issued a call for a moratorium on capital punishments, stoning and death penalty in the Muslim world, which made him controversial in traditional Islamic circles. In any case, Ramadan sees not only a possibility of Muslim integration in the west but also the necessity of it.

On the other hand is the perspective on multiculturalism in Europe held by Ayaan Hirsi Ali. Coming to the Netherlands as an immigrant, seeking asylum and renouncing Islam after 9/11, the Somali-born Hirsi Ali is a former Dutch parliament member and is one of the world’s leading critics of Islam and is increasingly critical of the European multiculturalism thesis. She is the author of The Caged Virgin: An Emancipation Proclamation for Women and Islam, Infidel, Nomad: A Personal Journey Through the Clash of Civilizations and the screenplay writer for Submission, a controversial film about her perception of women in Islam. Her stance on the multiculturalism debate is that Islamists pose a threat to Europe and that Islam is a “backward” religion. She is known today for “her brave commitment to Enlightenment values”. According to her, a major problem with Muslims today is being “hypersensitive to criticism” of their religion. In terms of the increasing number of Muslims in Europe she has pointed out ‘the ‘dangers’ posed to the west not just by radical, but by regular Islam.

Interestingly, if not ironically, Hirsi Ali had to leave the Netherlands in 2006 and settle in the US after a controversy erupted about her citizenship of the country. Moreover, Dutch politicians, complaining about the cost of her security arrangements outside the Netherlands, refused to offer her protection in the US. The reason why I have explicitly mentioned this here is because this event, in its essence, also depicts the inherent complexity related to the entire discussion on immigration, freedom and rights in Europe. Perhaps Europe too is facing a complicated future in determining the ‘real spirit of the Enlightenment’, especially when difficult realities like economics and interests come into the calculation. In an almost parallel case, Ramadan was denied a visa to the US in 2005 by the US government, using the ‘ideological exclusion’ provision in the Patriot Act, a ban that was ultimately lifted in 2010 after an intense court case. Before this he had already been denied entry into various Arab Muslim countries. Perhaps both Ramadan and Hirsi Ali are ‘insiders’ and ‘outsiders’ at the same time, in their identities and ideas.

The debate surrounding cultural integration has brought many other areas of enquiry to the fore. It is interesting how, in discussing multiculturalism in Europe today, the key tenets and principles of not only the Muslim religion but also western modernity itself are increasingly being evaluated. Digressing a bit, perhaps, Eisenstadt (2000) is correct in pointing out that there is no one single process of modernisation but in fact ‘multiple modernities’. However, the question here is about deciding how to interface, so as to speak, these multiple modernities, given the complexity of our times.

Bauman is quite correct in pointing out how the discussion on “justice and equality” is also deeply embedded in the identity discourse, with its immense depth in terms of stereotypes, symbols, speech and sources of knowledge. Europe is witnessing this intricate cultural ‘conversation’ today and it will be interesting how reality unfolds in the future. As I complete this article, the sad news from Oslo continues and initial investigations reveal that the blatant acts of Anders Behring Breivik are related to the multicultural debate too. While the Oslo investigation continues, and Ramadan and Hirsi Ali continue with their arguments, it is our duty too that we engage in deep reflection about such central questions of our time, questions about identities, ideas, worldviews and being Muslim in the modern era.

The writer teaches sociology at the University College Lahore (UCL). He can be reached at naqibhamid@gmail.com 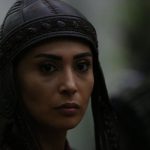 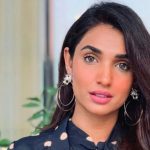 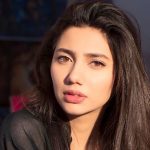 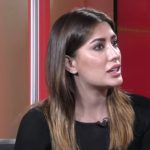 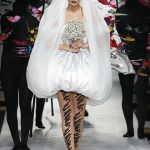