* It is to be noted that the flick, directed by Siddharth Anand, set advance booking records 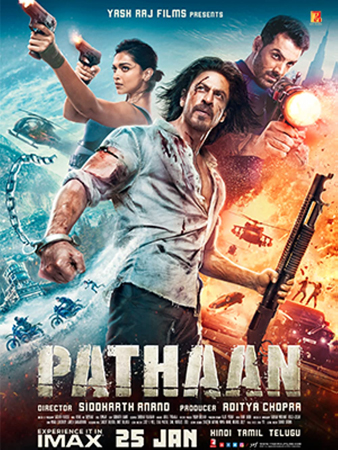 Newly-released Bollywood film ‘Pathaan’ starring Shahrukh Khan, Deepika Padukone and John Abraham became a victim of piracy as it got leaked ahead of its release on Wednesday.

According to the Indian news agency Times Now India, it got leaked on Tamilrockers, Filmyzilla and Filmy4wap. One of the sites had a While one of the websites had a “camrip” while another had a “pre-DVD” rip version.

It is to be noted that the flick, directed by Siddharth Anand, is setting advance booking records. It has earned more than Rs 14.66 crore with most of the collection coming from Hindi and Telugu versions.

‘Pathaan’ is one of the most highly anticipated films of this year. Scammers take advantage of people’s interest in watching films ahead of their release.

They find it easy to transfer viruses into their gadgets. People should be cautious and not download the film from random websites which claim to have the film. People should support the film industry and actors by watching the films when they are released.