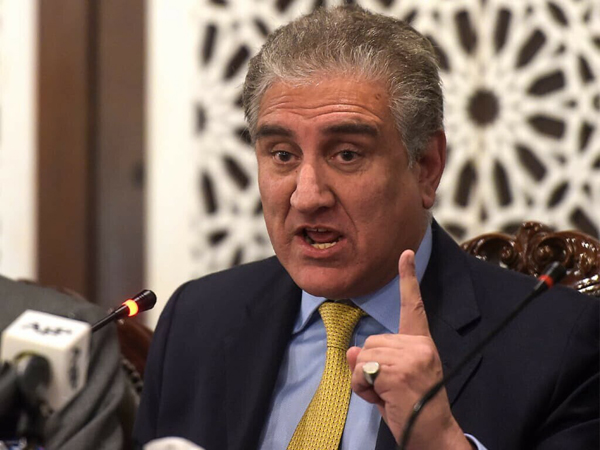 Speaking to journalists in Multan, the former foreign minister said that the PTI has serious reservations regarding Naqvi’s appointment.

Last Sunday, Naqvi took oath as the caretaker CM amid controversies and disagreements among Punjab’s political stakeholders. His appointment has not been welcomed by the PTI, that decided to “take to the streets” against the decision.

“We accepted the name suggested by the opposition in Khyber Pakhtunkhwa for the caretaker CM. In Punjab, we tried to suggest a name which is acceptable for the Pakistan Democratic Movement,” Qureshi said while regretting that no solution to the matter was found.

He said that his party recorded its protest to the Election Commission of Pakistan (ECP) over the appointment of an interim CM.

“As a political party, we have the right to express our reservations,” Qureshi said.

Moving on to PTI’s Senior Vice President Fawad Chaudhry’s arrest, Qureshi said that those who believed in the rule of law were surprised today. He said that an FIR was stated to be the reason behind the arrest.

“The truth is that the PTI has to be put under pressure,” Qureshi said.

He also condemned the appointment of Bilal Siddique Kamyana as the Lahore Capital City Police Officer, saying that an official who tortured the PTI workers on May 25 was selected for the post.

Meanwhile, the PTI leader Asad Umar demanded release of the party’s senior vice president Fawad Chaudhry, and said arguments should be countered by arguments, and not by arrests.

Speaking to media, he said the government was afraid as Fawad spoke the truth.

He said the masses were standing beside the PTI chief Imran Khan. He said if the federal government wanted to know how to counter terrorism in the country, it should get inspiration from the Khyber Pakhtunkhwa government. He said people were facing worst inflation and businesses were closing on a daily basis.

Fawad was taken into custody under sections 153A, 506 and 124 A of the Pakistan Penal Code on a complaint lodged by Election Commission of Pakistan Secretary Umer Hameed against his “provocative speech”.