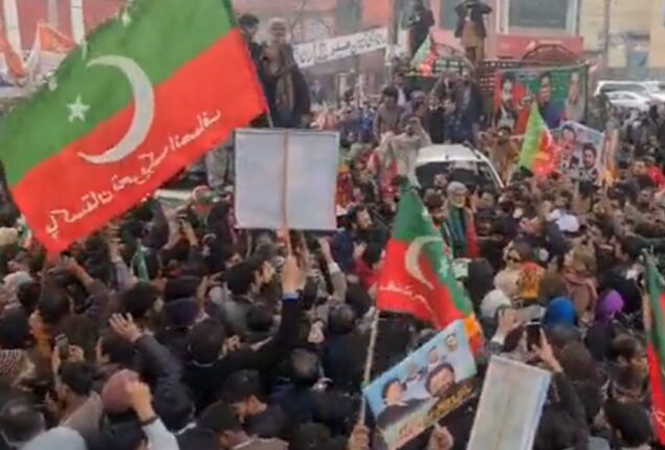 The Pakistan Tehreek-e-Insaf (PTI) held a protest on Tuesday against the appointment of Caretaker Chief Minister of Punjab Moshin Naqvi.

A large number of PTI activists gathered outside the office of the provincial election commission to protest against the decision to appoint Mohsin Naqvi as the interim chief minister of the province.

They strongly condemned the appointment of Mohsin Naqvi as the interim chief minister of the province. The PTI leaders said the government can impose the chief minister on them but will be vanquished by Imran Khan. During the protest, the party activists, including women, raised slogans against the government and the election commission. They demanded that Naqvi should be immediately removed from this post.