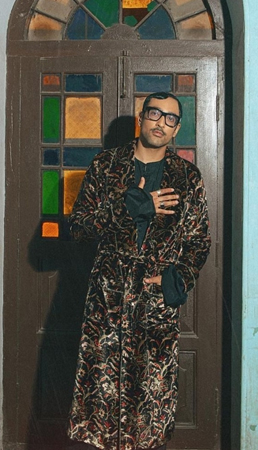 Ali Sethi and Shae Gill’s hit song Pasoori hits 500M million views on YouTube. Taking to his Instagram, Ali shared the great news. He also posted a few pictures where the team Pasoori can be seen celebrating the big achievement. “Ye Kya Kiyaaaa, wrote Sethi in excitement.” The pictures shared by the singer showed him celebrating the achievement with Coke Studio producer Zulfiqar J Khan and his co-singer Shae Gill. Song Pasoori from Coke Studio season 14 released on YouTube creating a massive breakthrough on the internet. Ali’s soulful voice and Shae’s melodious vocals made each and every human being feel alive amidst the chaotic and depressing COVID-19 phase. The song reached out every single human being not only in Pakistan but it transcended boundaries and connected the youth and older generations. A few days back the hit song was trending on the top music video charts on YouTube. Not only this, Pasoori became the most streamed Pakistani song on Spotify as well. The song took over the social media platforms.