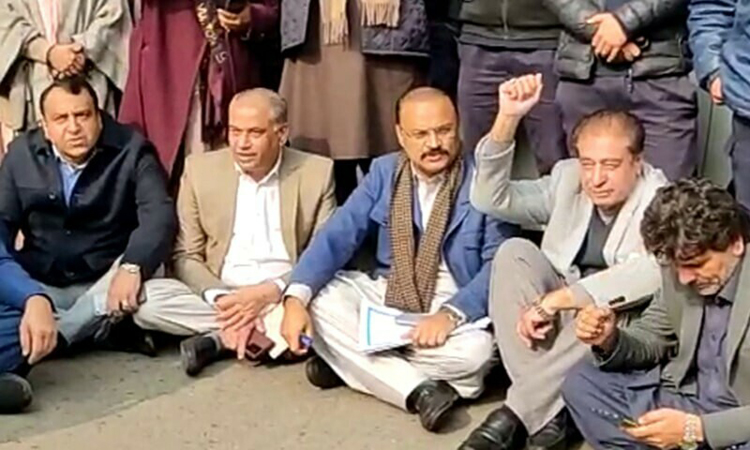 Forty-five PTI lawmakers on Monday collectively withdrew their resignations from the National Assembly on orders of party chairman and former prime minister Imran Khan. PTI leader Asad Umar, while announcing the development on Twitter, said that the lawmakers have sent emails in this regard to Speaker Raja Pervaiz Ashraf. The decision, he added, was taken after the speaker refused to accept all the resignations together. “The next step will be the nomination of the opposition leader,” Umar tweeted.

The lawmakers who have decided to withdraw their resignations include Muhammad Riaz Khan, Muhammad Yaqoob Sheikh, Shaheen Niaz, Nasarullah Dareshar, Zulfiqar Ali Khan, Nafeesa Inayat Khan, Malik Anwar, Saleh Mohammad, Jai Parkash, Tahir Sadiq, Niaz Ahmed, Raza Nasarullah, Javed Iqbal, Munaza Hasan, Lal Chand Malhi, Sajida Zulfiqar, Sardar Muhammad Khan, Uzma Riaz, Tashfeen Safadar, Jawad Hussain and Nausheen Hamid.Meanwhile, PTI leader Fawad Chaudhry said that the decision was taken so that the party could take back the posts of the leader of the opposition and parliamentary party leader. He added that the aim of the move was to get rid of the “fake” NA opposition leader and prevent “turncoats” from voting for Prime Minister Shehbaz Sharif in the vote of confidence.After Umar’s announcement, PTI lawmakers staged a sit-in outside the NA speaker’s house, demanding that their requests should be immediately accepted. Later in the day, party lawmakers also held a meeting with the top brass of the Election Commission of Pakistan (ECP) in Islamabad.Talking to reporters outside the electoral body, PTI leader Amir Dogar said the party had provided the commission with a list carrying the names of 45 MNAs who had withdrawn their resignations. “Chief Election Commissioner Sikander Sultan Raja personally received our application and we requested him that the ECP must play its constitutional role here,” he told the media.Flanked by Riaz Fatyana and other leaders, Dogar said the PTI delegation told the commission to treat the party’s decision justly and in the light of the Constitution. He said the list of members withdrawing their resignations had been also been sent to National Assembly speaker Raja Pervez Ashraf, while the same had also been uploaded to the NA website for the record. He said the PTI wanted to get an “actual opposition leader appointed in the lower house who could take the election process forward”.To a question, the PTI leader said no party lawmaker had received a penny from the government since April 10 – the day when PTI legislators resigned en masse.