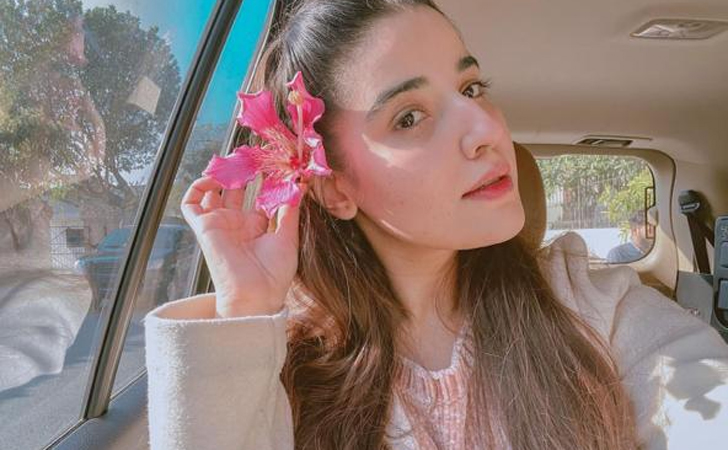 The latest pictures of actor Hareem Farooq are going viral on the social media application Instagram. The viral pictures showed her sitting in the car with a flower over her right ear. In the caption, the actor wrote she is obsessed with flowers as it reminds her how “beautiful and magnificent” nature can be.

“Am I obsessed with flowers?! Yup, absolutely, the more the merrier, anywhere, anytime, any kind!” she wrote. “Flowers, for me, are a gentle reminder of how beautiful and magnificent nature can be! There is no accessory better than a flower and no place better than a garden full of all kinds of gorgeous flowers to live”

The ‘Mere Jeevan Sathi’ star creates buzz on social media by sharing pictures and videos of herself and her professional endeavours.

It is not the first time that Hareem Farooq has shared pictures of her with flowers. It was a hit and received rave reactions from Instagram users.

She swooned with social media users with an elegant video of her latest photoshoot. It showed her in a red-coloured dress with jewellery and gajra in her hands.

On the acting front, she has played a major role in the revival of Pakistan’s film industry with her work in ‘Janaan’ and ‘Parchi’ which she co-produced with IRK films.