Shahrukh Khan watches ‘Pathaan’ with his kids after minister’s demand

* For the unversed, Girish Gautam — speaker of the Madhya Pradesh legislative assembly, felt that the video of 'Besharam rang' was 'indecent' and 'vulgar' 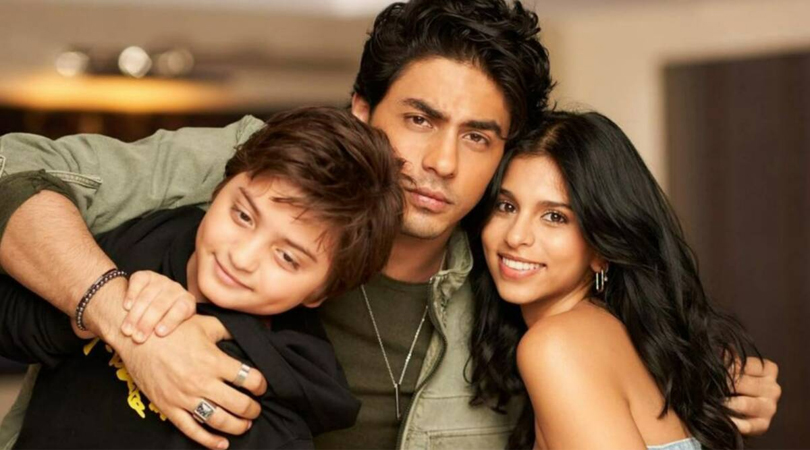 Bollywood star Shahrukh Khan, and his kids, attended the special screening of his hotly-anticipated film ‘Pathaan’ together after a minister asked him to watch the title with his daughter.

A week ahead of the grand release of his comeback film, King Khan hosted a special screening of ‘Pathaan’ exclusively for his family, after a minister asked him to watch the controversial track ‘Besharam Rang’ from the title with his only daughter Suhana Khan.

For the unversed, Girish Gautam – speaker of the Madhya Pradesh legislative assembly -felt that the video of ‘Besharam Rang’ was ‘indecent’ and ‘vulgar’ and also claimed that the film ‘hurts’ their ‘religious sensibilities’.

SRK has fulfilled the demand of Gautam and watched the film not just with Suhana, but also his sons, Aryan and Abram as well as his wife Gauri. Khan’s mother-in-law Savita Chhibber and sister Shehnaz Khan were also spotted at the family outing at YRF.

The star kids were all smiles as they greeted the paps outside the venue.

Meanwhile, the makers of ‘Pathaan’ dropped the much-awaited trailer of the spy-action flick last week, which became an instant hit among the loyal fans of King Khan, excited to witness his charm in cinemas again.

About the film, Siddharth Anand helmed the direction of ‘Pathaan’ and also wrote the screenplay with Shridhar Raghavan, whereas, the dialogues are penned by Abbas Tyrewala.

Filmmaker Aditya Chopra has bankrolled the project under his banner Yash Raj Films.

‘Pathaan’ headlined by Shahrukh Khan, Deepika Padukone and John Abraham, is slated to release simultaneously in Hindi, Tamil and Telugu versions on January 25.