* Ex-PM says if PTI doesn't return to NA, government will form caretaker setup in consultation with Raja Riaz
* Claims to be in 'contact with several PML-N lawmakers' 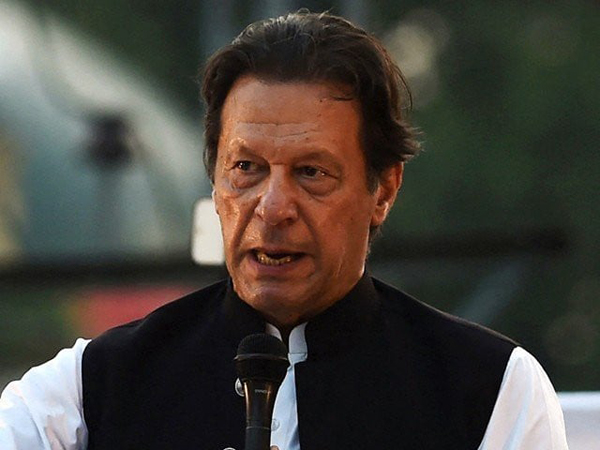 “If we don’t return [to National Assembly] then they (government) will form the caretaker setup in consultation with Raja Riaz as they don’t have any ethics,” he said while talking to journalists in Lahore.

Imran Khan said that they have a plan in place for National Assembly, saying that they were in contact with several PML-N MNAs. “Shehbaz Sharif is going to have sleepless nights… we will test them (PML-N MNAs) first then will add them [to party folds],” he said. “Bajwa doctrine is still in progress and political engineering is taking place in the country,” he added.

He emphasised that the future of PML-Q was with PTI. “If PML-Q contests the election with the symbol of bat, then they will win… I also want this coalition mechanism to end,” he further said. Responding to a question regarding local body elections in Karachi, the PTI chief said that Pakistan Peoples Party (PPP) cannot win without rigging but also admitted weak party structure in the city as the cause of poor performance in Sunday’s polls.

Imran said that Finance Minister Ishaq Dar was supposed to increase petroleum prices but did not, therefore, he added, International Monetary Fund (IMF) will not release funds and the foreign exchange reserve would deplete further by $2 billion.

Imran Khan had on Saturday said that his party had decided to put Prime Minister Shehbaz to acid test through “different plans”, including a confidence vote in parliament. He had announced the decision to turn the tables on the prime minister in an interview with a local TV channel. “Certainly, we will fully test him [Shehbaz Sharif]. He tested us here [in Punjab]. Now it’s his turn to face the music,” he said while responding to a question if his party can ask the premier to obtain a confidence vote.