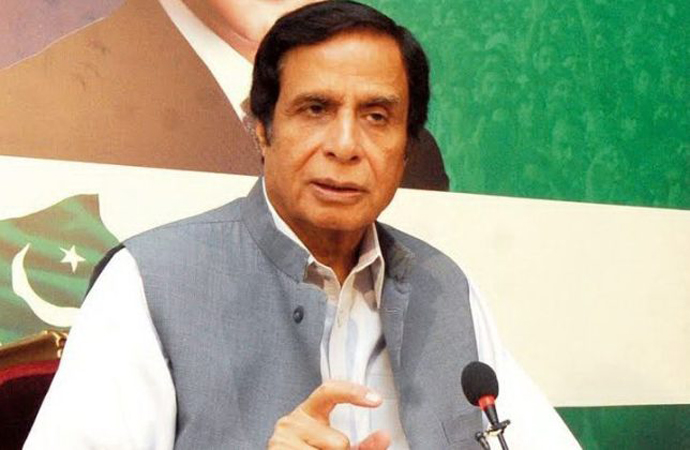 The Pakistan Muslim League-Quaid (PML-Q) Monday suspended the basic party membership of Punjab Chief Minister Parvez Elahi for talking about the possibility of his party’s possible merger with the Imran Khan-led Pakistan Tehreek-e-Insaf (PTI). A show-cause notice issued to Punjab chief minister said Ch Shujaat Hussain summoned an emergency meeting after taking note of Elahi’s remarks on Sunday night. The show-cause notice said that the meeting of senior PML-Q leaders took “strict notice” of Elahi’s comments. “An explanation of your unconstitutional and illegal action has been sought,” the notice reads. It said that the PML-Q, as a political party, has its own identity, vote bank, party discipline and manifesto – which were all violated by Elahi’s comments.

The notice said that a period of seven days was being given to Elahi to provide an explanation for his comments otherwise proceedings would be initiated against him under Articles 16 and 50 of the party constitution, adding that Elahi’s basic party membership was being suspended until the explanation was provided. A show-cause notice was also sent to Moonis, Hussain Elahi and Senator Kamil Ali Agha, saying that it was found they were joining another party with Parvez. The notice said that their National Assembly seats and senatorship were a trust of the PML-Q with them and any such move of theirs to join another party would be unconstitutional. It added that if any of them wanted to join another party then they should relinquish their positions and resign otherwise the PML-Q would have no other option than to approach the Election Commission of Pakistan to de-seat them. The notice gave them a seven-day period to provide an explanation for themselves.