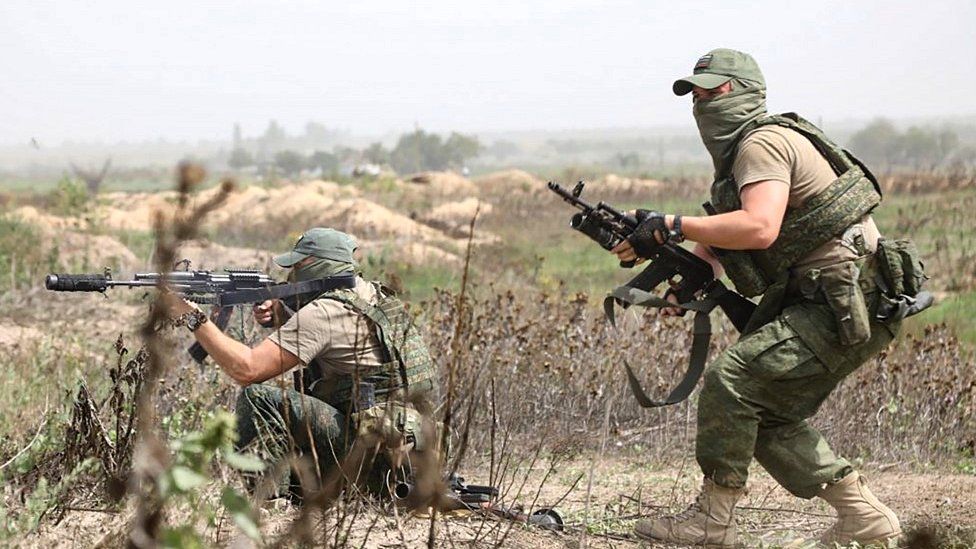 Rescue efforts were dramatic at a tower block in the eastern city of Dnipro, which had been shattered by a Russian missile strike that killed 30 people and left an estimated 34 people missing.

Ukrainian President Volodymyr Zelensky condemned Russia’s “cowardly silence” in the aftermath of the attack, noting that Ukraine had received messages of sympathy from all over the world in response to “this terror.”

NATO Secretary General Jens Stoltenberg said Ukraine could expect more heavy weapons following Kyiv’s requests to its allies for the vehicles, artillery and missiles it says are key to defending itself.

“The recent pledges for heavy warfare equipment are important — and I expect more in the near future,” Stoltenberg told Germany’s Handelsblatt daily, ahead of a meeting this week of a group that coordinates arms supplies to Kyiv.

Days after Russia claimed to have taken Soledar in eastern Ukraine, a salt-mining outpost home to 10,000 before the conflict, Putin hailed it as a major success.

“There is a positive dynamic, everything is developing according to plans,” Putin said, in an interview broadcast Sunday. “I hope that our fighters will please us more than once again.”

Russia’s defence ministry announced this week it had “completed the liberation” of Soledar.

This could be a key gain as Russian forces push towards what has been their main target since October: the nearby transport crossroads of Bakhmut.

But on Sunday, the US-based Institute for the Study of War said “Ukrainian forces are highly unlikely to still hold positions within the settlement of Soledar itself”.

Russia’s victory there, if that is what it proves to be, follows months of humiliating setbacks.

Both sides have conceded heavy losses in the battle for the town.

Rescuers in Dnipro meanwhile continued their search for survivors of Saturday’s missile strike on a tower block that has so far claimed 30 lives.

A 15-year-old girl was among the dead, officials said, after dozens of people were pulled from the rubble, including a woman brought out by rescuers Sunday.

Babachenko said that “between 30 an 40 people are still under the rubble.”

Survivor Kateryna, 17, said she was at home with her father when the missile struck.

“I fell into a stupor, I didn’t even know what to do. I started crying and screaming a lot,” recalled Kateryna, wrapped in a powder-blue puffer jacket and hat.

According to the Ukrainian army, the block was hit by an X-22 Russian missile that it lacked the capacity to shoot down.

“Only anti-aircraft missile systems, which in the future may be provided to Ukraine by Western partners… are capable of intercepting these air targets,” it said.

Washington joined a growing chorus of condemnation for the attack.

“Yesterday’s strikes are another example of the brutal and barbaric war Russia is waging against the Ukrainian people,” said a US National Security Council spokesperson.

On Saturday, Zelensky pleaded for more Western weaponry, saying that Russian “terror” could be stopped only on the battlefield.

However, pressure is growing on the allies to go further and agree to delivery of battle tanks.

British Prime Minister Rishi Sunak pledged Saturday to provide 14 Challenger 2 tanks to Ukraine, making it the first Western country to supply the heavy tanks Kyiv has been calling for.

Russia’s embassy in Britain warned that “bringing tanks to the conflict zone… will only serve to intensify combat operations, generating more casualties, including among the civilian population”.

Ukraine on Sunday was still reeling from Saturday’s barrage, the 12th wave of large-scale missile attacks.

Energy operator Ukrenergo said infrastructure was “being restored” but that the attacks had meant power cuts might increase.

The head of the military administration in the southern Kherson region, Yaroslav Yanushevych, said it was again under “massive attack”.

Russian strikes had hit civilian and critical infrastructure, including Red Cross premises and a centre for disabled children, he said.

Russia’s army said it targeted “the military command and related energy facilities… all targets were reached”.