Ali Tariq wants to hold a public gig for women 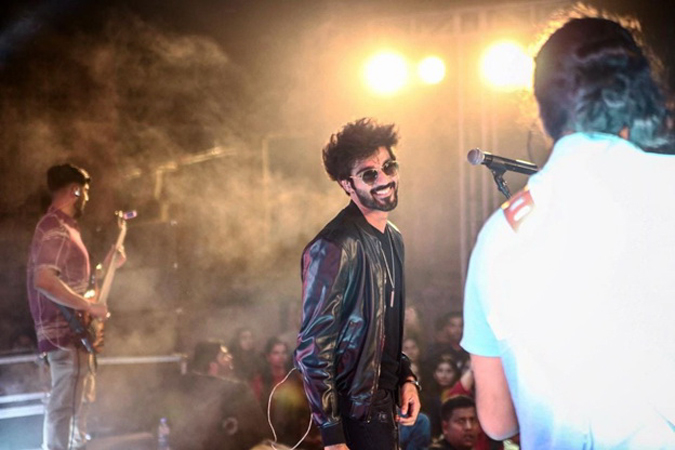 After the chaotic mess that unfolded on the last day of the Karachi Eat festival, singer Ali Tariq has offered to hold a public, all-women gig, especially for those women who couldn’t enjoy any musical performances and have fun at the annual food festival in threat of men gate-crashing the space last week.

On Monday, Tariq shared a statement in which he apologised for what went down at Karachi Eat and hoped that all the women “made it home safe”. He said that it “hurts to see that women and families in our society can’t even enjoy such simple things in life,” and that he’s “ashamed” of it. The ‘Raabte’ singer hoped for everyone’s safety in a now expired Instagram story and found videos from the event “disturbing to watch”.

Friday, the Raabte singer took to Instagram to share the idea with his fans who were upset about missing his gig. “After reading all messages from you guys, I want to put out a public gig, all girls only! This is to cater all the girls who came out on Sunday but weren’t able to enjoy their day to the fullest,” he wrote. Tariq also “pledged” his performance and made a public call for sponsors and donors to cover his band venue and production cost and gave contact details for those who’d like to contact him for the public gig.

The singer’s post received positive comments from RJ Dino Ali who wished Tariq the best with his initiative.

Karachi Eat was held last weekend, from January 6 to Jan 8, but on the final day a ruckus marred the event for many, with claims of gate crashing and harassment circulating on social media. Claims were also made that singer Kaifi Khalil was injured during his performance but later debunked by the singer, who shared a statement assuring fans that he is fine, albeit “disappointed and upset” by the lack of decency shown by those who reportedly harassed women at the event.