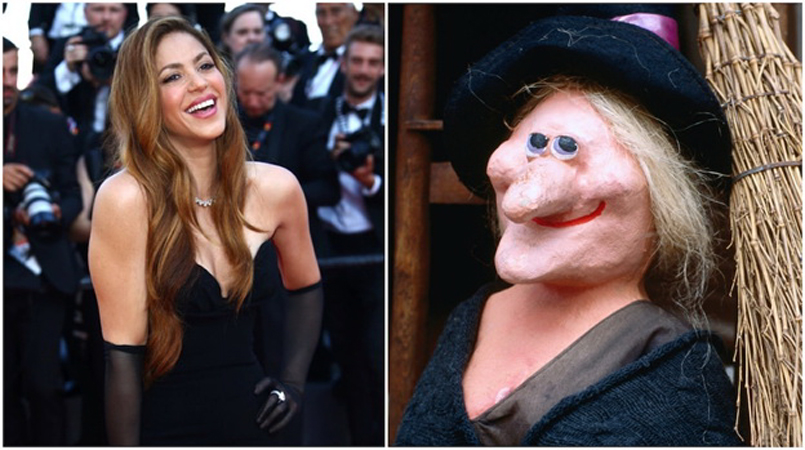 Shakira and Gerard Pique continue to remain in the news as the singer recently released a diss track to call her ex out.

Amidst the buzz, it has now been reported that the Waka Waka hit-maker has sparked a family feud as she placed a witch mannequin in front of Gerard’s mother’s house. As reported by Marca, the footballer’s mother Montserrat Bernabeu spotted a mannequin of a black placed on the terrace of Shakira’s residence in Barcelona.

During her appearance on the Spanish show ‘Mas Vale Tarde’, journalist Marc Leirado Millan said Montserrat even asked Shakira’s staff to turn the witch around so that it doesn’t face toward their house as they both live on the same street. The show crew went to the superstar’s house to verify if there was a mannequin there. During the filming, they noticed that the witch was out back on the site, facing Gerard’s parent’s house.

“Weeks ago, I got some information that Pique’s mother was worried about an alleged ritual that was done to her with a black witch,” the journalist wrote on her social media, reported Marca. “But I didn’t give it any more importance.”