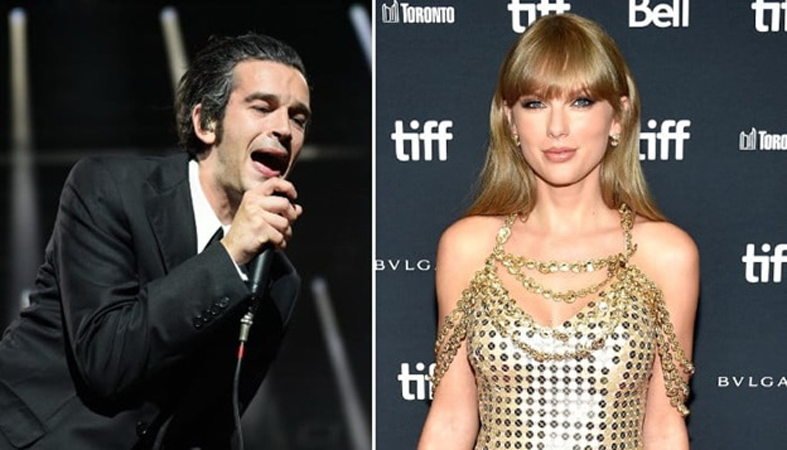 Matty Healy has announced he will not kiss any fans at a recent 1975 concert in respect of ‘queen’ Taylor Swift.

The Midnights singer, 33, shocked fans after making a surprise appearance at the band’s concert at London’s O2 Arena on Wednesday night.

Swift won praises as she went on stage to perform her hit number Anti-Hero live for the very first time.

The music icon’s attendance received massive attention among music lovers as well as Matty, who announced to refrain from his controversial habits of getting intimate with the concertgoers.

In a TikTok clip, which went viral after the show, Matty addressed the audience about his tradition of kissing fans during the gig.

“I’m not kissing anybody in front of Taylor Swift, have some respect. In front of the Queen, it’s not happening,” before the frontman saluted.

On Wednesday, Matty brought Swift out on stage where she asked, “Is it alright if I sing?” before playing her hit Anti-Hero.

She followed it up with a cover of The 1975’s song The City from their self-titled debut album.

Last year, Matty revealed how his band worked on Taylor’s hit album Midnights but the songs never made the final cut.