Adnan Siddiqui plays flute and fans are loving it 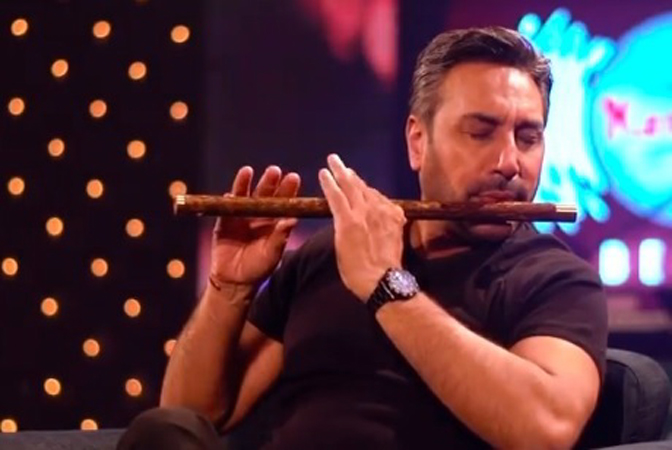 Pakistani and Indian artists are always doing things for the betterment of relations between the countries and trying to bring the two publics together.

A video of Siddiqui playing a melody on flute earlier went viral and garnered a lot of love and support from the audience and his fans.

Mere Paas Tum Ho’s Shehwaar, in the video seemed immersed in the symphony of the song. He paid a tribute to the good times when art actually connected nations and transcended every difference with this song.

In the caption, he wrote “In the time when art was still independent of political and diplomatic milieu of the two countries, artists from both sides created work that confirmed art is an adhesive bringing people closer.

Who knows change may be on the horizon…let’s hope for a change in the future where art continues to bring people together, transcending all boundaries.”