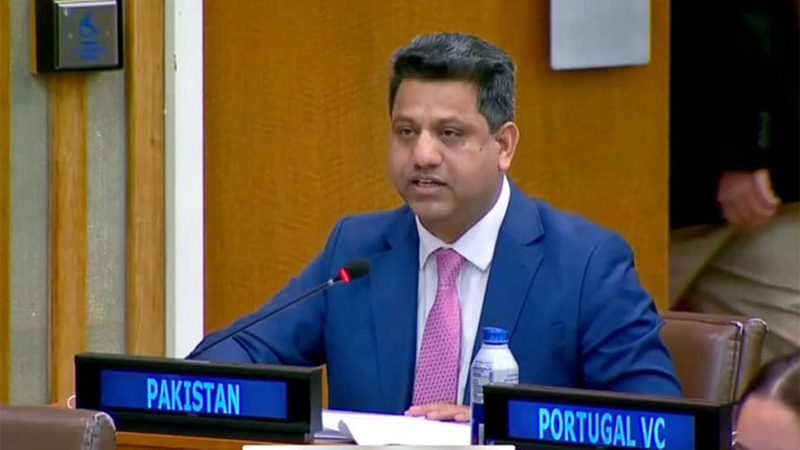 Keeping in view the rising attacks against the United Nations peacekeepers, Pakistan has underscored the need for ensuring the safety and security of Blue Helmets serving in hot spots around the world.

“Security Sector Reform (SSR) is critical in laying the foundation for durable peace and preventing relapse of conflict,” Deputy Permanent Representative of Pakistan to the UN Aamir Khan told a meeting of the Group of Friends reviewing the reform agenda.

As a leading troop contributor to UN peacekeeping operations, he said, Pakistan was “cognizant of the criticality of establishing an efficient security sector for successful transitions and timely withdrawal of the missions.”

In this context, the Pakistani envoy referred to the tragic loss of six Pakistani peacekeepers in a helicopter crash in March 2022 in the Democratic Republic of Congo (DRC) and called for bringing to justice the perpetrators of this heinous crime.

Mobilisation of greater support and resources for the peacekeepers was crucial for restoring peace and stability in conflict situations, he added.

Ambassador Aamir Khan highlighted the support extended by Pakistani peacekeepers to the Security Sector Reform in Mali, the Democratic Republic of Congo, and the Central African Republic, and commended the African Union and Economic Community of West African States (ECOWAS) for partnering with the UN in this regard.

“Such synergies augur well for the maintenance of peace and security in the Continent,” he said while reaffirming Pakistan’s strong commitment to UN peacekeeping in Africa.

At the same time, the ambassador said that SSR cannot be left to the military/police component alone, as diverse fields such as border management, customs, and civil emergencies warrant a substantial civilian contribution.

SSR in a conflict-affected country, he said, should be an integral part of the political solution for ending conflict and sustaining peace. While SSR can neither be imposed nor seen to be imposed on a reluctant host government, the Pakistani envoy said successful and sustainable reform rests on the principle of national ownership.

“Inclusive participation of host authorities and capacity-building on professional grounds are vital ingredients of national ownership.”

The Group of Friends of SSR was formed in 2007, with the aim of offering member states a platform to discuss possible actions to shape and advance the reform agenda. The group is currently co-chaired by Slovakia and South Africa.