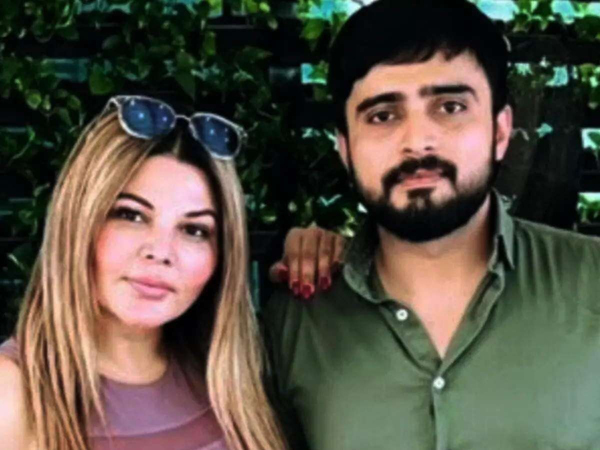 The controversy queen of entertainment world, Rakhi Sawant is once again in headlines for her relationship with beau Adil Khan Durrani.

This time, Sawant has stunned one and all by announcing that she got married to Durrani seven months ago. Contrary to Rakhi’s claims, Adil initially refused to accept that he had tied the knot with the “Masti” actor. In fact, he called the wedding fake which left Rakhi totally shattered. But now, the Mysore-based businessman has retracted from his initial statement.

In a latest turn of events, Rakhi and Adil came together on a conference call to reveal the truth behind the ongoing contention. During the chat, the former Bigg Boss contestant confronted Adil for calling their wedding fake. When questioned about the wedding, Adil said that he needs some time to talk about in public. He confirmed that he and Rakhi are living under the same roof and are together.

When Adil asked Rakhi why she is crying in media, she told him that she is hurt after he denied their marriage. Adil goes on to clarify that he never refused to accept the wedding. Rakhi then asserted that she knows Adil will never leave her.

Rakhi made her wedding with Adil from July, 2022 public because the couple reportedly began facing some issues in their relationship. “The Main Hoon Na” actor earlier hinted about Adil cheating on her while she was inside the Bigg Boss Marathi 4 house. She had also shared that Adil has been ignoring her amidst her mother’s poor health.

For the unversed, Rakhi and Adil made their relationship public in May 2022. Their marriage speculations begun when a picture of Rakhi with Adil wearing garlands and holding a marriage certificate surfaced online.