Pak-US is not an artificial or crafted relationship: Masood Khan 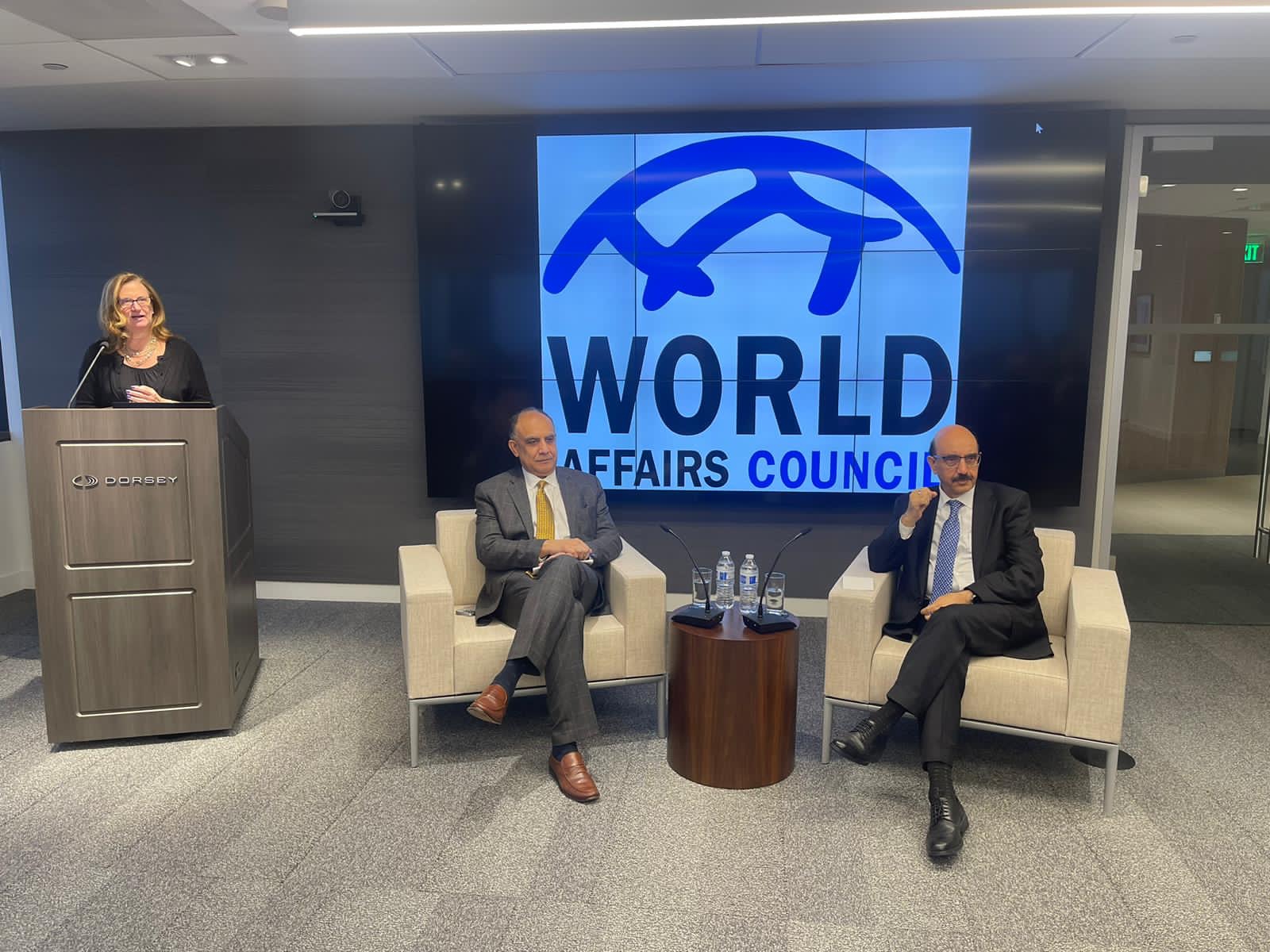 “Pakistan is keen to have strategic, political, and economic ties with the United States and right now we are investing in bilateral diplomacy to achieve these objectives. But it is the people of Pakistan and the United States who provide the real strength to Pak-US relations,” said Pakistan’s Ambassador to the United States Masood Khan.

“It is not an artificial or crafted relationship. There is a natural aspiration for it on both sides,” he continued.

Speaking at the renowned World Affairs Council’ in Seattle, Masood Khan said that the presence of 1 million Pakistanis in the United States, comprising mostly of professionals, was ‘a strong bond and an abiding link between Pakistan and the United States.’

The Ambassador thanked Ms. Jackie Miller, President and CEO of the World Affairs Council and Mr. Nelson Dong, Host Partner of Dorsey and Whitney, for the warm welcome extended to him. He also thanked Ambassador Asif Chaudhry, former ambassador at State Department and Vice President for International Programs at Washington State University, for moderating the event.

Dilating upon Pak-US relations, Ambassador Khan emphasized that the roots of the Pak-US relationship were deep. He said that during the past year, the two countries have expressed clarified their intent to continue their cooperation in strategic stability, regional security and counter-terrorism. “At the same time,” he said, “we were promoting closer ties in trade, investment, agriculture, health, education and energy sectors.”

“Climate change is a shared challenge for both the United States and Pakistan and there exists a huge scope of expanding our relationship in building a climate resilient infrastructure in Pakistan,” he said.

“I remain confident that Pakistan and the United States remain relevant to each other in the years to come,” he added.

On strengthening bilateral economic ties and investment climate in Pakistan, the Ambassador highlighted COVID-19, fuel and food hyperinflation and the recent devastating floods as the major debilitating factors that affected Pakistan’s economy. He however emphasized that the economic prospects in Pakistan were bullish.

“The fundamentals of our economy are good. We will bounce back. We are part of the international economic mainstream,” he stressed.
Encouraging the business community to invest in Pakistan, Masood Khan highlighted the recent impressive growth of the country in the tech sector and 64% of the youth population below the age of 30 is a valuable asset of the country.

On a question about Pak-India relations, the Ambassador while regretting the absence of any communication between the two nuclear neighbors said that Pakistan was ready to talk but India has preferred non-engagement in the recent past.

“We want the United States and particularly the US civil society to get involved, use its leverage to persuade New Delhi into a dialogue with Pakistan for resolving long-standing issues, especially Jammu and Kashmir dispute, on a negotiating table,” he said.

On Pak-Afghan relations, the Ambassador said that there was volatility in bilateral relations owing to hideouts of Tehreek-i-Taliban Pakistan in Afghanistan.

Masood Khan reiterated Pakistan’s principled stance that it would not tolerate terrorism in any form against Pakistan.

Ambassador recounted inclusive government, protection of rights of girls and women and counter-terrorism as the shared objectives of both Pakistan and the United States vis-à-vis Afghanistan.

On recent floods in Pakistan, Masood Khan said that Pakistan needed Noah’s Ark in the form of the international community’s solidarity and support in the wake of devastating, epic floods last year. He said that Pakistan was grateful to the international community for the support provided to the country at Geneva Conference on January 09 this month. He thanked the United States for announcing US$100 million, in addition to US$ 100 million already contributed for flood response, food security and capacity building.

The Ambassador concluded his remarks by urging the attendees, both present in-person as well as attending the event virtually to have faith in Pakistan; to have faith in Pak-US relations and also to play their part in removing misgivings about the two countries and its people. “Misperceptions should be replaced by genuine positive images and perceptions,” he said.