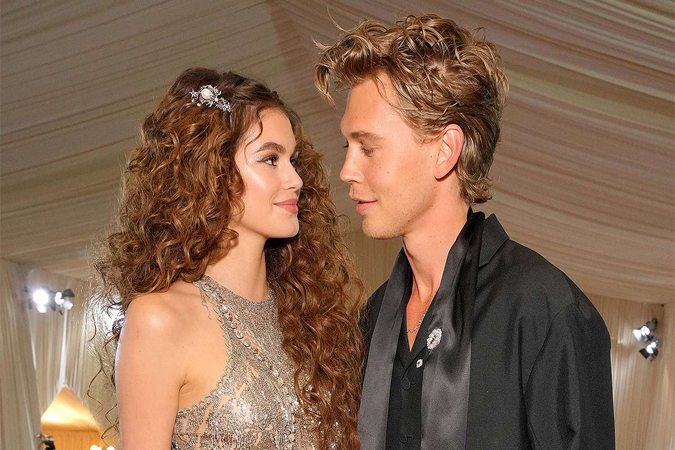 Austin Butler did not leave girlfriend Kaia Gerber lonesome on Golden Globes night. The model, daughter of Cindy Crawford, joined the actor at an after-party following the Jan. 10 ceremony, where he won the award for Best Performance by an Actor in a Motion Picture – Drama for his portrayal of the late Elvis Presley in Baz Luhrmann’s film Elvis. Wearing a sleeveless black gown, Gerber, 21, and Butler, 31, were photographed hugging and sharing a passionate kiss at the bash, which they left together later in the night.

The actor had attended the Golden Globes ceremony-his first-with his older sister Ashley and gave her a shoutout during his acceptance speech. He also thanked his dad and his late mother. “My sister is here with me tonight. Ashley, I love you so much,” he said. “I want to thank my dad, who is watching at home. I want to thank my mom, who I know is smiling down right now. Mama, I love you so much. Thank you for sacrificing so much for me.” Butler and Gerber first sparked romance rumours in December 2021. While they have yet to attend award show together, they have made joint appearances at celebrity events.

In 2022, the couple made their red carpet debut at the Met Gala. Butler also brought Gerber as his date to the premiere of Elvis at the Cannes Film Festival.

Prior to stepping out with the actor, the model previously dated Euphoria star Jacob Elordi, who, coincidentally, is also playing Elvis in Sofia Coppola’s upcoming film Priscilla, which centres around Elvis’s wife, Priscilla Presley. On the red carpet at the Golden Globes, Butler was asked by Variety if he has any advice for Elordi for his role. Butler responded, “I just wish him all the best. We haven’t spoken but I hope he has a great time.”