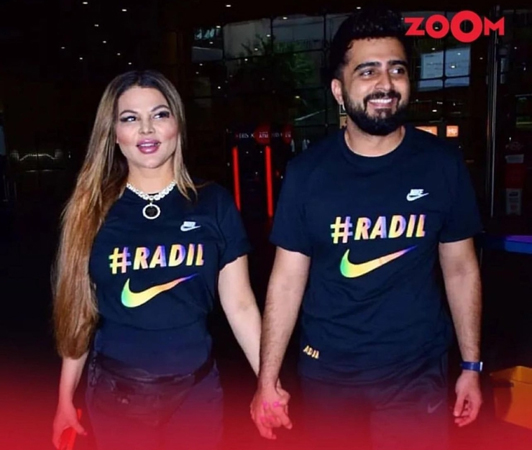 Indian actor and dancer, Rakhi Sawant added Fatima to her name as she confirmed her marriage with Adil Khan Durrani. The ‘Main Hoon Na’ actor announced that she accepted Islam and changed her name to Rakhi Sawant Fatima, after tying the knot with Durrani, in July last year.

The celebrity posted several pictures and videos from the close-knit event at her Mumbai home on social media and confirmed that the two got married after knowing each other for three months.

Sawant also shared the exclusive details including her marriage certificate with an Indian media outlet, after her husband denied their marriage during a media conversation.

In a telephonic conversation with the publication, Sawant confirmed, “Yes, I got married to Adil in July last year after three months of knowing him.” She added, “We had a nikah ceremony and a court marriage. Since he stopped me from disclosing it, I remained tightlipped for the past seven months. He felt that it would get difficult to find a suitor for his sister if people got to know about our marriage.”

“I was almost in depression because of the betrayal of my loved ones. However, much to my surprise, that’s when Adil came into my life and made promises to love me forever. He also offered to marry me and we immediately got hitched,” the celeb detailed. “I didn’t want to wait, as I have a strong desire to become a mother. Unfortunately, his family has still not accepted me.”

Sawant also spoke about keeping their marriage secret until now, “A lot happened while I was away locked up inside the Big Boss Marathi 4 house recently. I will elaborate on my experiences when the time is right.”

“At this point, all I want is to save my relationship and I want the world to know that I am married to Adil. These days, I’m quite frustrated due to a couple of things, so it was necessary to make my marriage public,” she concluded.

It is pertinent to mention here that Rakhi Sawant was previously married to Ritesh Singh, with whom she also participated in Salman Khan’s ‘Bigg Boss’. She announced to had parted ways with him in February last year, after learning about their marriage not being legal. Meanwhile, on the work front, Sawant came out of ‘Bigg Boss Marathi’ season 4 earlier this week.