* The project was originally designed for a six-month period, but it was so successful that it was never discontinued 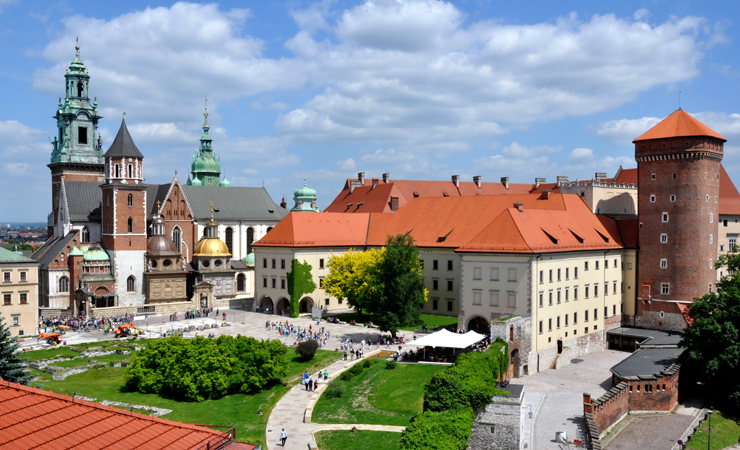 The “Culture Train” between the German capital, Berlin, and the southwestern city of Wroclaw in Poland has been on the move since 2016.

The trip between the cities on the Spree and Oder rivers takes 4 1/2 hours – plenty of time to inform passengers about the culture that awaits them at the end of their journey and provide them with entertainment. On board, passengers encounter writers, musicians, creative artists, a library and a permanent exhibition.

The project was originally designed for a six-month period, but it was so successful that it was never discontinued. It has become a respected institution that is known far beyond the German-Polish border region.

Rafal Dutkiewicz, former mayor of Wroclaw, said he was one of the driving forces behind the idea. “Someone from city hall came up with a name right away: ‘Pociag do kultury’ – Culture Train,” he said, adding that the aim was to develop Poland’s cooperation with Berlin and the state of Brandenburg in the culture sector while at the same time reviving a train link between the two cities that had been discontinued two years earlier.

On the German side, a “group of young creative people” played a major role in putting the idea into action and aiding its success, he said.

Long before the project was launched, Ewa Strozczynska-Wille, who specializes in theater and German studies, and Natalie Wasserman, a translator, got together with director and producer Oliver Spatz to work toward this joint German-Polish endeavour. Spatz, who was director of the Kleist Forum in Frankfurt an der Oder from 2015 to 2016, is still project manager for the Culture Train.

“We’d had the idea of offering culture on a train for quite some time,” said Wasserman. When Wroclaw was chosen as European Capital of Culture in 2016, that was a unique opportunity to make a dream come true, she said, adding that a “conglomeration of ideas” had come together.

When the Culture Train set off on its maiden voyage from Berlin’s Lichtenberg station on April 30, 2016, Spatz’s team held their breath. “We were afraid that no one would take the train because of the long journey,” he recalled.

In the end, they were taken completely by surprise. “Many more people wanted to travel than we could fit,” he said. “We had planned a capacity of 420 seats. After two weeks, every seat was sold. That blew us away.”

The organisers had faced the difficult challenge of coming up with a cultural program that appealed to a wide range of people. They devised a basic scheme aimed at a broad audience, with a quiz and a mobile library on board. Passengers were asked simple questions, such as giving the number of states or voivodeships in both countries. “The point was to get people talking with one another,” Wasserman remembered.

Most of all, however, the train served as a venue for music, theater, dancing and lectures. There were club nights and tea dances, something for every taste – a “cultural grab bag,” as a reporter from the taz daily newspaper once put it.

“There’s a fantastic, open-minded atmosphere on the train,” said Dorota Danielewicz, a Polish-born writer from Berlin. “People share their experiences, and new acquaintances are made.”

The author is almost a regular on the Culture Train. It’s where she presented her books “In Search of the Soul of Berlin” and “The White Song.” She said she also rides the train for pleasure, for instance to visit the Christmas market in Wroclaw.

Politicians have been known to ride the train, too, including Dietmar Woidke, the premier of the German state of Brandenburg, who discussed the future of German-Polish relations during a trip with Wroclaw’s former mayor Dutkiewicz. Berlin’s culture and Europe minister, Klaus Lederer, rode the train with Polish colleagues to explain the situation in the German capital. “The Culture Train creates informal levels for increased networking,” said Oliver Spatz.

The project was earmarked to run for six months, from May to October 2016. But due to the great success, with 22,000 passengers registered in the first year alone, it was extended again and again.

“We’d always say, until the end of the year, then it’ll be over,” said Natalie Wasserman. But the train kept on going strong and became a hit in both countries. The connection was put on hold for a year during the COVID pandemic, but the train has been rolling again since June 2021.

The Culture Train has helped create a network that reaches far into the surrounding regions, into the cities, said Wasserman. Spatz added that other Polish cities, including Poznan and Szczecin, have shown an interest in the project.

More than 80,000 passengers have taken the train since its inception. In March and April 2022, the train also carried 6,000 Ukrainian refugees from Poland to Germany.

Until recently, the project was sponsored by the German-Polish Society in Berlin, with the states of Berlin and Brandenburg covering the costs. It was a provisional arrangement that ended with the coalition government that has governed the state of Berlin since 2021 – funding for the Culture Train then became part of the coalition agreement. The state-owned company Kulturprojekte Berlin has sponsored the project since October 2022.

At last, project manager Oliver Spatz and his team can plan further than the end of the year. After the recent New Year’s Eve train ride, there will be a three-month break before the train heads out again in April, now with a stop in the town of Boleslawiec, famous for its dark-blue pottery. For €19, passengers can travel from Berlin to Wroclaw, with a culture program thrown in.

Work on the new program is underway: Wolfgang Templin, an author who was once a opposition activist in East Germany, has been booked as a host for one trip. “Germans know too little about the Polish contribution to the history of European freedom. I want to try to close that gap,” Templin told DW.