Kaifi Khalil casts off rumours of getting injured in concert 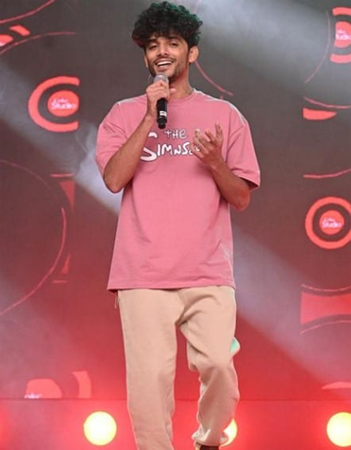 Rumours were circulating all over the social media that singer Kaifi Khalil got injured while performing on stage on the last day of the Karachi Eat Food Festival; the latter clarified the rumours. The three days event went smoothly on the first two days. As per the sources, the last day ended with an uproar with gates crashing and women being harassed. The Kana Yaari singer released an official statement via social media denying the rumours that he was injured during the performance. Meanwhile, he also showed his anger and disappointment over the indecency spread by individuals who reportedly harassed women at the festival. Taking it to his social media handle, he wrote: “Hello everyone. I would just like to clarify the fake news that’s circulating around about me getting injured during my performance at the Karachi Eats Event yesterday which is not true. I appreciate everyone being concerned about my well-being and inquiring about it, but I am totally fine!” Furthermore, he commented over the reported harassment and asked the organizers to take into consideration the safety of everyone while selecting a venue for such big events. He urged everyone to treat each other with respect.