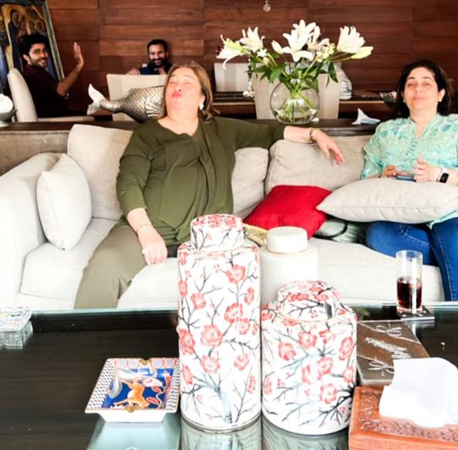 This is not it. Kareena, Saif, Karisma, and Neetu Kapoor were seen visiting Alia-Ranbir’s daughter Raha at the stars’ pad in Bandra.

Recently, Alia Bhatt and Ranbir Kapoor requested the Mumbai paparazzi to not click pictures of their daughter Raha Kapoor. They had a special meet-and-greet session with Mumbai’s paparazzi on Saturday where they requested them to not photograph their daughter Raha until she is of a certain age. As a goodwill gesture, Ranbir even showed Raha’s picture to the cameramen who were present there. While the couple diligently explained all the obvious reasons to keep their child away from the media glare, Alia and Ranbir have also promised the photographers that at the right age and time, they’ll allow to click pictures of their little munchkin.

Alia and Ranbir welcomed their daughter Raha Kapoor on November 6, 2022.