‘Joyland’ gets distribution deal in US 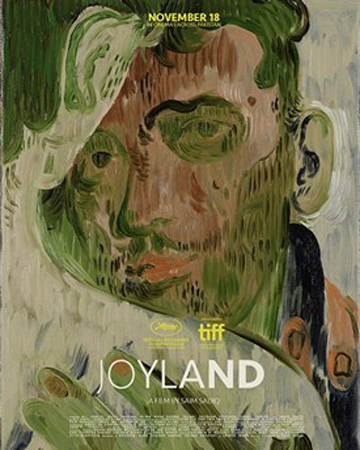 Pakistani film Joyland has received theatrical release in the US., reported Deadline.

On Friday, Deadline reported that film has been picked up for U.S. distribution by Oscilloscope. The New York-based film distributor also had Joyland debut at the Cannes Film Festival, where it won both a Jury Prize and the Queer Palm.

Filmmaker Sadiq reacted to the news and said, “I am incredibly excited about welcoming Oscilloscope to our ever growing Joyland family and genuinely humbled by the fact that this dream that I nurtured for years is finally going to reach the audience in the U.S.”

Sadiq continued, “My team and I have been so overwhelmed with the unending outpour of love from theatrical audiences in France and Pakistan and festival audiences worldwide that have discovered the film. So I’m very hopeful that Haider, Biba, and Mumtaz will find many friends in the States as well.”