* PTI chief says no lessons learnt from the past 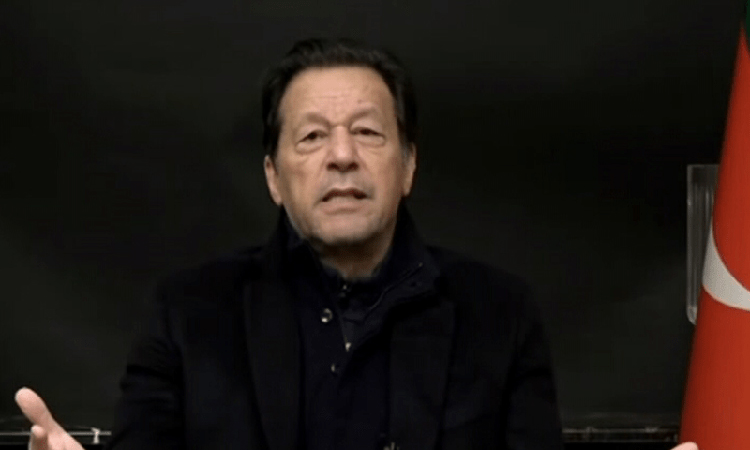 Former prime minister and PTI Chairman Imran Khan has accused the establishment of being involved in ‘political engineering’ to weaken his party in a bid to install a ‘weak’ government in the country. “Unfortunately, we have not learnt any lesson from the past as political engineering is still continuing. The MQM is being merged, BAP is being pushed into PPP, and efforts are being made to strengthen the PPP in South Punjab,” he said while addressing a PTI women workers’ convention in Karachi via video link on Sunday. Imran Khan said the establishment was trying to bring the PML-N into power in Punjab, adding that a “similar game” was underway in Khyber Pakhtunkhwa to damage his party. He reiterated his concerns that Pakistan would be forced to pay a “heavy price” in terms of its national security in order to get a bailout package from global donor agencies. The former PM also lashed out at ex-army chief General (retd) Qamar Javed Bajwa, holding him responsible for the prevailing crisis in the country. “Everyone knows who was the one whose decision pushed the country into this crisis. General Bajwa is behind this [crisis],” he said. Imran said he had predicted the current economic crisis seven months ago, but he was severely criticised back then and labelled as a traitor for comparing Pakistan’s situation with Sri Lanka. “I know that this is bound to happen because I know these two families -Sharif and Zardari – who have been looting the country since the 1990s and calling each other thieves,” he added.

Imran urged the masses to fight together to lift the country out of this quagmire, terming free and fair elections the only solution to the country’s woes.

“We need fair and transparent elections, not anyone’s support,” the deposed prime minister, adding, “No technocrat setup can get the country out of this quagmire.” Imran also spoke about the death of a labourer waiting in line for subsidised flour and assailed the high rate of inflation in the country. He called upon all institutions of the country to play their role to save the country, warning that Pakistan was heading towards Sri Lanka-like crisis. “No one would be able to control situation if Pakistan gets out of our hands.