Freedom of speech and its parametres

“People demand freedom of speech as a compensation for the freedom of thought, which they seldom use,” wrote Kierkegaard, realising that there are very few men who can afford to think, and a whole lot of humanity wanting to speak. Speech, admittedly, comes more trippingly on the tongue than losing one’s head on a hard issue. There are men who can effectively speak and yet prefer to stay silent. It is then said that their reticence speaks more eloquently than their speech. Then there are people who thrive on their’s or people’s right to speak, about whom Khushwant Singh has quoted Philip Howard’s cheeky remarks, “Journalists are like dogs. When one barks, the whole pack takes up the howl and, for a week or two, the world seems full of nothing but sentencing for rape, say. Then the subject becomes boring and the pack moves on.” However, Khushwant Singh was wise enough to take up cudgels on behalf of his fraternity to debunk the politician’s habit of journalist bashing by terming the politicians crooked as a dog’s hind legs.

In any case, freedom of speech is a serious matter and, in the words of George Washington, “If freedom of speech is taken away, then dumb and silent we may be led, like sheep to the slaughter.” John Stuart Mill, the greatest advocate of this freedom, was led to say, “There ought to exist the fullest liberty of professing and discussing, as a matter of ethical conviction, any doctrine, however immoral it may be considered.”

Man began to assert his right to speak since time immemorial. Socrates, in 399 BC, said to the jury that told him he would be freed on condition to never speak his mind that he would sooner “obey the Gods rather than them”. Protection of speech was first introduced when the Magna Carta was signed in 1215. In 1689, the English Bill of Rights granted freedom of speech in Parliament and the French established the protection of speech in their Declaration of the Rights of Man in 1789. In 1948, the UN recognised free speech as a human right in article 19 of the International Declaration of Human Rights.

The problem with the democratic governments of today is how to allow freedom of speech to their citizens while simultaneously ensuring peace, order and tranquillity. Experience has shown that there is no such thing as absolute or unqualified freedom of speech because an unbridled use of this freedom would surely bring chaos and disorder. Hence, even in the most liberal democracies of the world, severe limitations have been imposed on the freedom of speech. The US constitution, considered to be the most liberal document, through its first amendment has restrained Congress from making any law “abridging the freedom of speech, or of the press; or the right of the people peaceably to assemble”, which has been interpreted by the Supreme Court over a long period of time to include nearly all the restrictions that have been specifically mentioned in the constitution of Pakistan. Thus, in the US, freedom of speech is restricted by factors that include speech involving incitement, false statement of fact, obscenity, child pornography, threats, and speech owned by others.

Besides these, freedom of speech also does not allow slander, libel, sedition, copyright infringement and revelation of classified knowledge. Viewed against these restrictions on US society, the constitution of Pakistan, under Article 19, explicitly lays down: “Every citizen shall have the right to freedom of speech and freedom of press, subject to any reasonable restrictions imposed by law in the interest of the glory of Islam, or the integrity, security and defence of Pakistan or any part thereof, friendly relations with foreign states, public order, decency or morality, or in relation to contempt of court, commission or incitement to an offence.” In the Indian constitution too, under Articles 19, 20, 21 and 22, the same restrictions have been placed on freedom of speech with the only difference being that in India only those reasonable restrictions are considered valid that are imposed by a duly enacted law and not by an executive action. Thus, the entire gamut of law on the freedom of speech leads one to conclude, “Your freedom to swing your fists ends where my nose starts.”

The recent murderous attack in Karachi on Mr Hamid Mir has opened a debate on the freedom of speech and propriety in this case of display of the picture of the head of the premier intelligence agency of Pakistan for nearly eight hours on its media channel in a way intending to scandalise this important organ of the state and without concrete evidence, presenting mere suspicion as fact, making the public believe as if the attack had been launched by the agency’s head. The incident has a legal as well as an executive angle. On the legal side, it leads to the offence of attempt to murder, which, after police investigation, will be tried and decided by the court of competent jurisdiction, while on the executive side due to the way it has been flashed on the electronic media, the matter falls under the purview of the Pakistan Electronic Media Regulatory Authority (PEMRA).

After the Sikander incident in the Blue Area of Islamabad in August 2013, a commission to formulate a code of conduct for the electronic media was constituted, which, it has been reported, has submitted its recommendations to the respective Standing Committee of Parliament without further progress. The case relating to the attack on Hamid Mir hinges on the complainant’s suspicion of the intelligence agency, which he implicates on the basis of his pre-announced doubt. Doubt or suspicion, however strong, always fall short of the force of hard evidence or even secondary evidence and, therefore, conviction on that basis alone cannot stand.

However, the fact of scandalising the incident and bringing the agency and its head into dispute on the basis of suspicion alone has grave consequences for the media house. The law relating to libel and slander as enunciated under Article 19 of Pakistan’s constitution (and even the constitutions of other countries like the US, UK or India) do not permit presenting or publishing a suspicion as fact, nor does the code of ethics of journalistic bodies of Pakistan like the Pakistan Federal Union of Journalists (PFUJ) or Council of Pakistan Newspaper Editors (CPNE) allow the publication of unverified matters as facts.

The writer is a former member of the provincial civil service and can be reached at zafar.aziz.ch@gmail.com 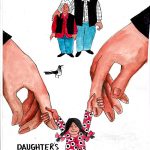