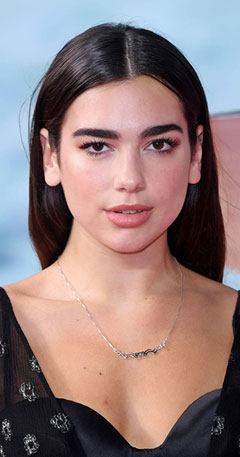 Dua Lipa is taking some time out of her busy routine as she headed out for some dinner and cocktails in Soho with her friends.

She returned to her native London for the Christmas and New Year holidays.

On Thursday, the 27-year-old singer, who never fails to stun her fans and followers with her glamorous style statements, took the internet by storm with her stunning pictures in a black double denim outfit that she chose for the evening.

The Don’t Start Now hitmaker posed for a mirror selfie with the cool outfit on, which also flaunted her slim physique with a few buttons undone on her jacket.

In another Story shared with her 87.6 million Instagram followers, Dua held her friend Fran Phillips as the pair giggled in each other’s arms.

Dua and her pals also played a game of backgammon on Thursday night and took a quick picture of a gold ’22’ as she celebrated the new year with her friends.

It comes after Dua added another whopping £4 million to her fortune this year after ditching her former management team at the start of 2022.