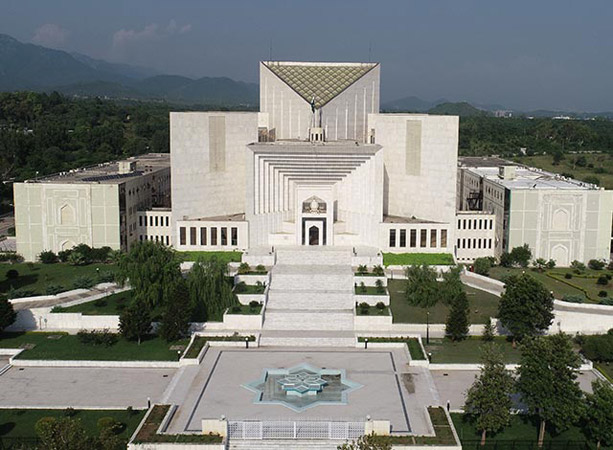 The Supreme Court (SC) on Friday declared that Pakistan Tehreek-e-Insaf (PTI) Chairman Imran Khan’s petition against amendments to the National Accountability Bureau (NAB) law as maintainable and set a hearing on it for January 10.
A three-member bench headed by Chief Justice of Pakistan Umar Ata Bandial, Justice Ijazul Ahsan and Justice Syed Mansoor Ali Shah will hear the case. In Friday’s hearing, Imran’s lawyer Khawaja Haris completed his arguments on maintainability of the petition. The federal government’s attorney Makhdoom Ali Khan is expected to start his arguments in the next hearing. Former Prime Minister Imran Khan on August 31, 2022, had challenged the NAB amendments in the SC, stating that the amendments are contrary to the fundamental rights of Articles 9, 14, 19A, 24, 25 of Constitution. All these amendments made in the NAB law should be declared null and void, Imran urged. PTI chief took position in his petition that the NAB law has been altered by those, trying to free themselves from cases filed against them.