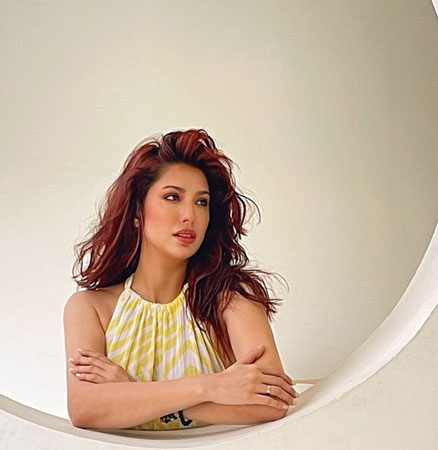 Mehwish Hayat is a diva of Lollywood who never missed an opportunity to amuse her fans. Her enormous fan base has fallen head over heels for her because of her outspoken personality and gorgeous appearance. The actress shared a gorgeous photo of herself on Instagram, which quickly went viral. The Pakistani diva made her Hollywood debut this year with the action drama series Ms Marvel and she has since received praise for her outstanding performance. Mehwish became well-known because of Meray Katil Meray Dildar, for which she received nominations for best actress. Phir Chand Pe Dastak, Dil Lagi, Na Maloom Afraad, Jawani Phir Nahi Ani, Actor in Law, and Punjab Nahi Jaungi are a few of her well-known works.