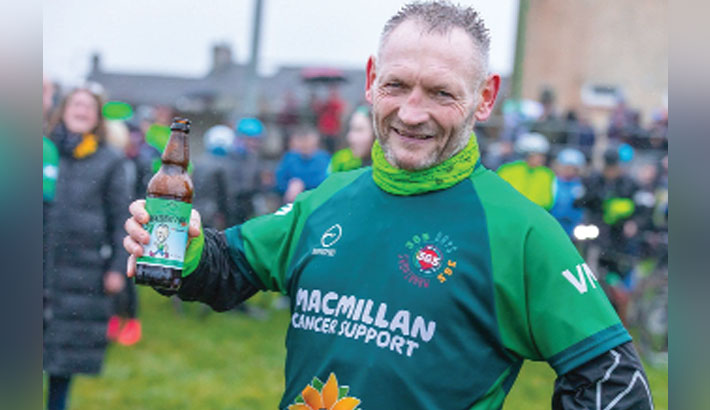 Crowds cheered on Gary McKee, 53, as he completed his 365th marathon of the year under the rain in his native Cumbria, northwest England, on New Year’s Eve.

By midday Sunday, he had raised £1,093,000 for cancer charity Macmillan Cancer Support and Hospice at Home West, Cumbria, and worn out 22 pairs of running shoes.

The father-of-three ran more than 9,500 miles in 2021, often completing his daily goal before heading to work at local nuclear plant Sellafield.

“The support has been phenomenal and it always is and the West Cumbrians get behind us, but cancer affects everybody so it isn’t just a West Cumbrian thing, it’s a national thing,” he told BBC News as he set off on his final run of the year.

“There aren’t enough words to express our heartfelt gratitude for everything that he has done to help Macmillan support people living with cancer at a time when they need us more than ever.”

“He’s a brilliant man and it was an honour to be with him in Cumbria to support what he’s doing,” said Sinfield.