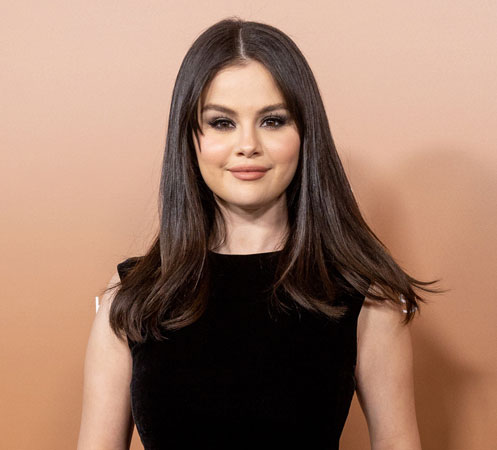 Selena Gomez and Kieran Culkin making SNL cameos together? Oh! The pop star made not one but two surprise appearances on NBC’s Saturday Night Live, reuniting with her Only Murders in the Building co-stars Steve Martin and Martin Short, who hosted the NBC sketch series. Selena joined the comedy legends onstage during their opening monologue and also starred in one of the show’s themed sketches-a parody sequel of Father of the Bride.

On SNL’s spoof of the hit ’90s comedy films, the “Come and Get It” singer played herself…the wedding singer, who comes with a hefty price. Steve and Martin reprised their roles of patriarch George Banks and wedding planner Franck Eggelhoffer.

The skit also featured a cameo from Kieran, another original Father of the Bride cast member. The former child star, now known for playing Roman Roy on the HBO series Succession, reprised his role as the bride’s little brother Matty Banks.

The sketch, made to look like Father of the Bride Part 8, also starred SNL cast members Heidi Gardner as the bride, Chloe Fineman as Diane Keaton’s character Nina Banks and Bowen Yang as Franck’s partner Howard.

Selena has appeared on SNL before, first as a musical guest in 2016 and then as a host for the first time this past May. Kieran is also not an SNL newbie; he made his debut on the series at age 9. He joined his older brother Macaulay Culkin when he hosted the show in 1991, one year after the latter star making his big screen debut in Home Alone-which also featured Kieran as Fuller, his character Kevin McAllister’s little brother. The younger Culkin would go on to make his own SNL hosting debut in 2021 and he referenced his previous appearance during his monologue.