Pakistan crawl to 377-8 against New Zealand 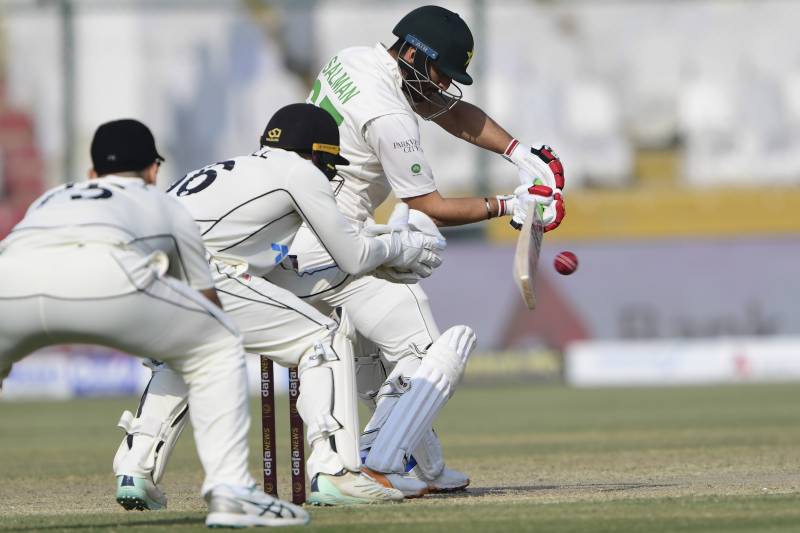 Pakistan batted slowly to reach 377-8 at lunch Tuesday on the second day of the first Test against New Zealand in Karachi after skipper Babar Azam fell without adding to his overnight 161.

Resuming on 317-5, Pakistan lost Azam in the first over of the day when fast bowler Tim Southee forced an edge to wicketkeeper Tom Blundell.

He struck 16 boundaries and a six in his 365-minute knock.

At the break, Agha Salman was unbeaten on 54 — his fourth half-century in six Tests — while Mir Hamza was yet to score.

Once Azam was gone, Salman anchored the innings and added 54 runs for the seventh wicket before New Zealand took two in the space of three runs.

Pacer Neil Wagner had Nauman caught off a short-pitched delivery before Wasim was caught behind off spinner Ish Sodhi.

New Zealand are on their first Test tour of Pakistan since 2002.