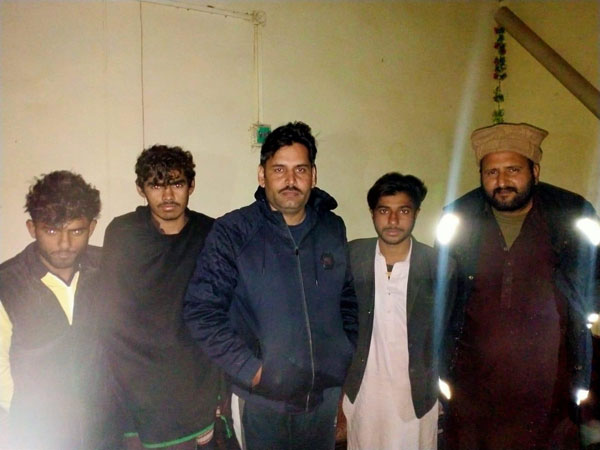 Inspector General Police Punjab Aamir Zulfiqar Khan has appreciated the Rahim Yar Khan Police for safely recovering the four hostages who were kidnapped from the Kacha area. IG Punjab directed that action against criminals should be speeded up and the process of protecting lives and property of citizens should be made more effective. According to the details, operations of the Punjab Police against the criminals are ongoing in the area of Kacha and in this regard, Punjab Police Rahim Yar Khan took timely action last night and safely recovered the four hostages who were abducted from the area of Kacha.

DPO Rahim Yar Khan Akhtar Farooq said that the kidnappers abducted Dr Riaz Dashti and three relatives on the pretext of checkup of patient late at night. As soon as the information was received, a heavy contingent of police chased the accused along with armored vehicles and elite teams. DPO Akhtar Farooq

He further said that the kidnappers escaped by taking advantage of the fog and darkness, leaving the hostages surrounded by the police. Police are conducting a search operation in the area to find the kidnappers. DPO Rahim Yar Khan further said that the names of the rescued citizens are Riaz, Siraj, Jan Muhammad and Waheed resident of Bhong. During the search operation, the police took the four hostages into safe custody and handed them over to their relatives. DPO Rahim Yar Khan further said that the actions against the criminals will continue on a priority basis until the arrest of the accused.